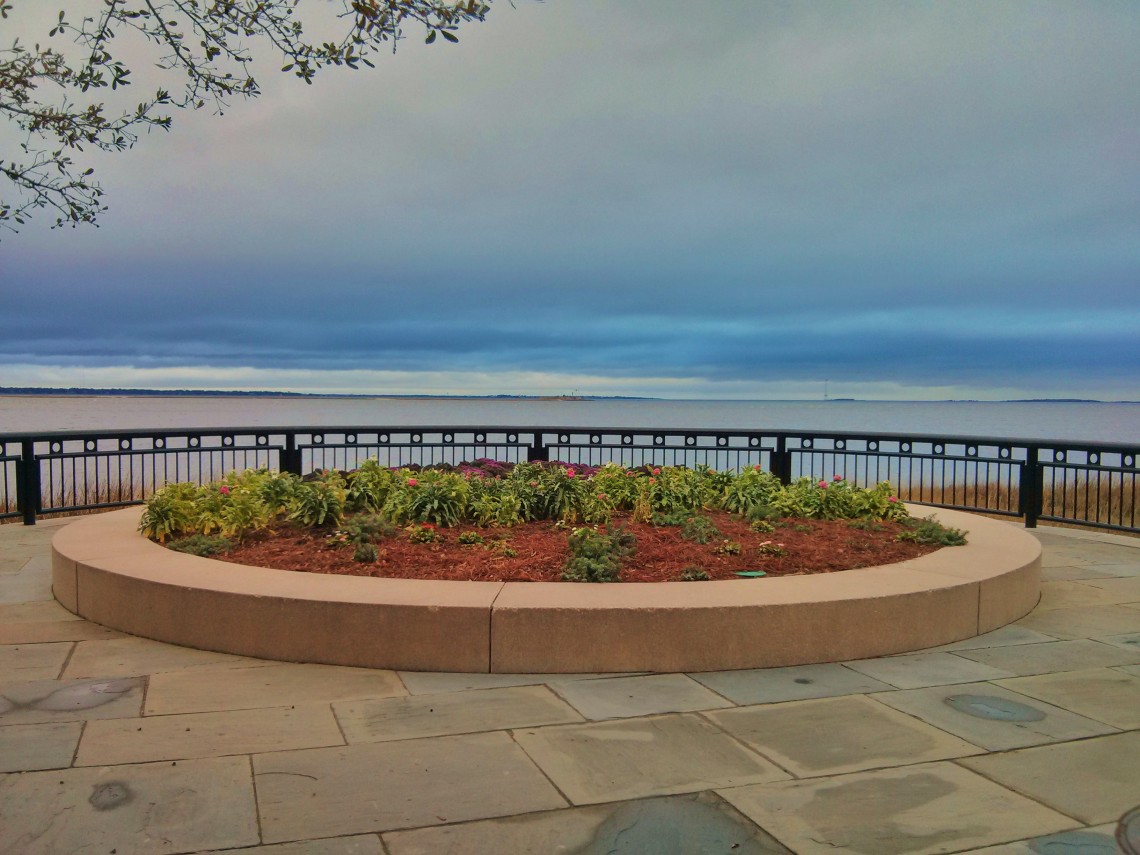 If you look straight past the very cold looking flowers at Waterfront Park, you can see Shute’s Folly — a small, low lying island in the middle of Charleston Harbor. Originally used to house defensive fortifications for Charleston, the property was bought by Charlestonian Joseph Shute in 1746 — for which he seems to have been ridiculed.