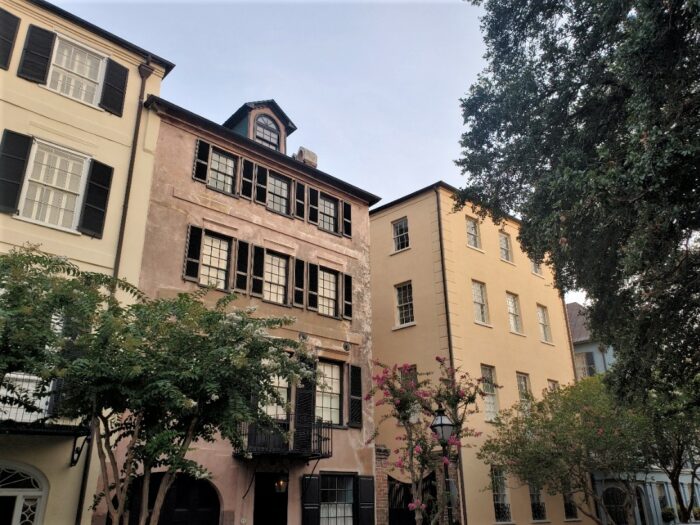 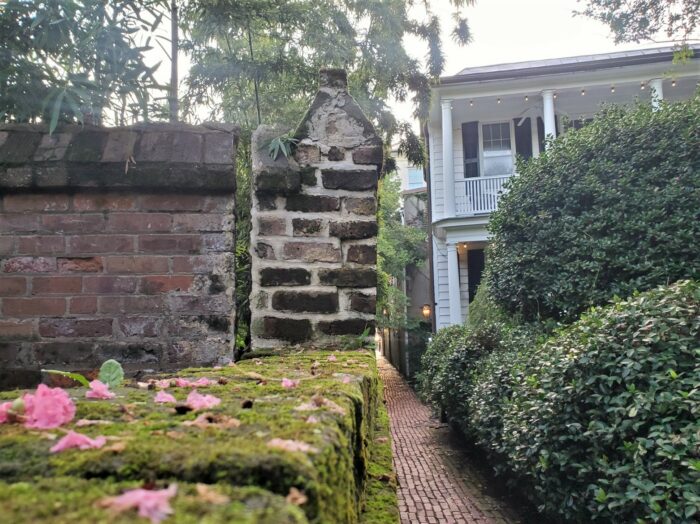 Stoll’s Alley is lush, narrow, brick-lined path that runs between Church Street and East Bay. It dates back to the early 1700’s and is named after Justinus Stoll, a blacksmith who lived there. 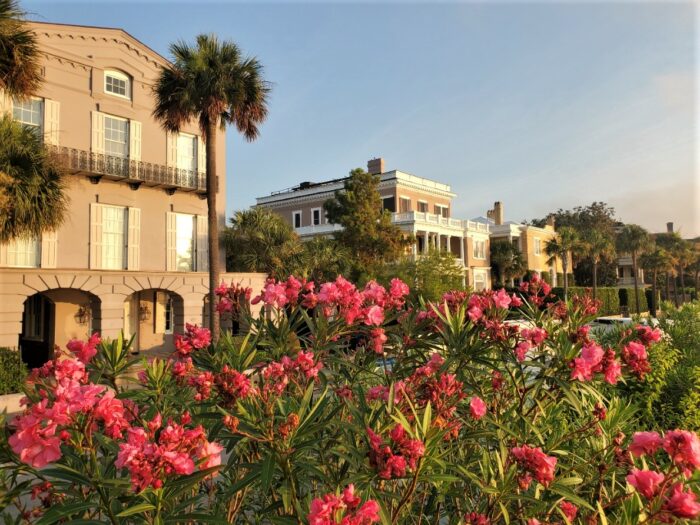 The view across the oleander to the houses of East Battery in the early morning sun. The house on the left was built in 1845 by William Ravenel — for whom the Cooper River Bridge is not named. 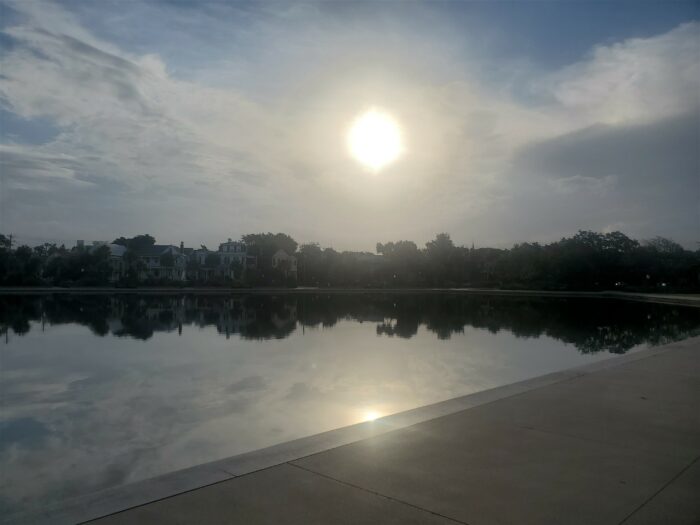 The heat and humidity in Charleston is pretty apparent in this photo. 7:45 AM and the “feels like” temperature was 93 degrees.

Did you know the original name for Colonial Lake was “Rutledge Street Pond?” 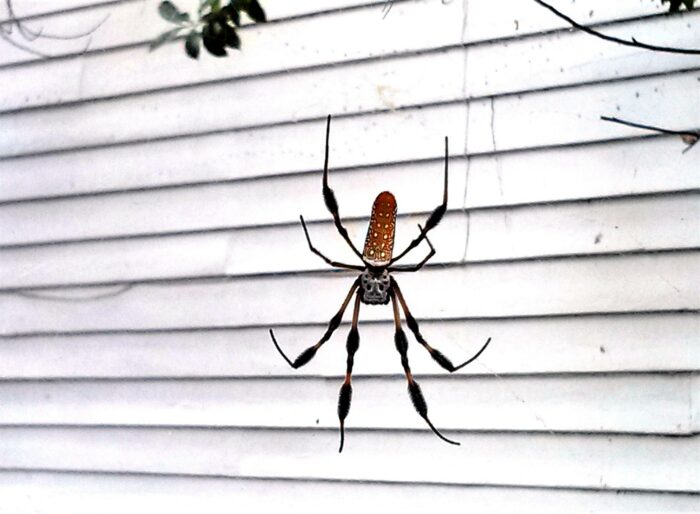 Within Charleston’s diverse ecosystem, there are a lot of cool residents. It’s always wonderful to cross paths with a banana spider, also known as a golden orb weaver. 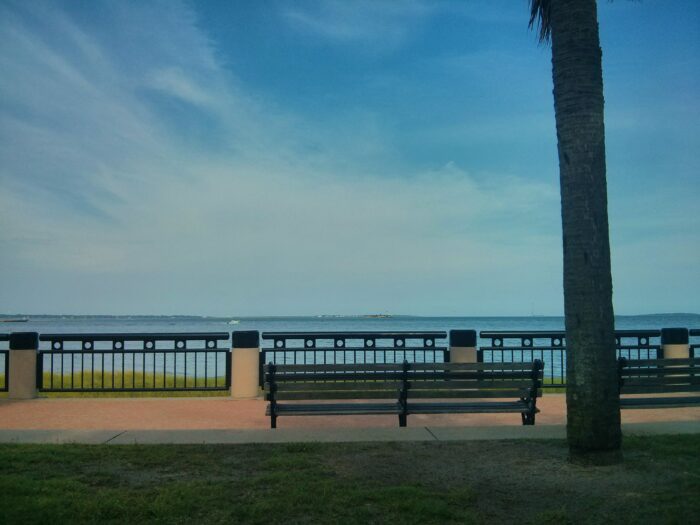 From this bench in Waterfront Park you can see Shute’s Folly, a small, low lying island in the middle of Charleston Harbor. Originally used to house defensive fortifications for Charleston, the property was bought by Charlestonian Joseph Shute in 1746 — for which he seems to have been ridiculed. 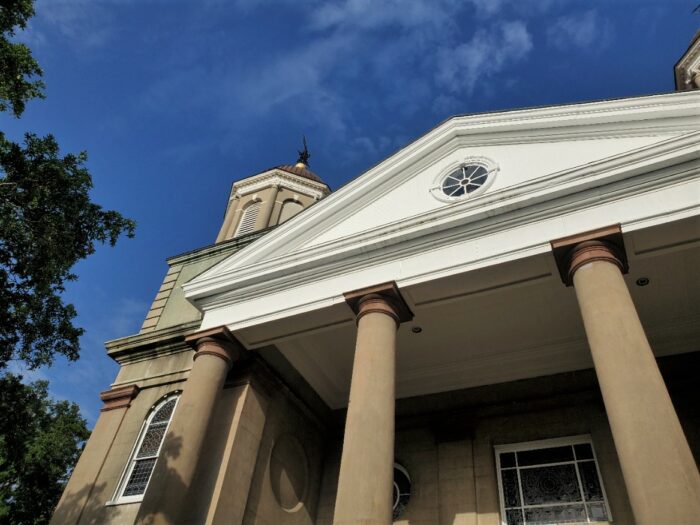 First (Scots) Prebyterian Church is the 5th oldest church building in Charleston, and its congregation dates back to 1731. Built in 1814 by a pair of brothers from Scotland, you can find Scottish symbols throughout the building. 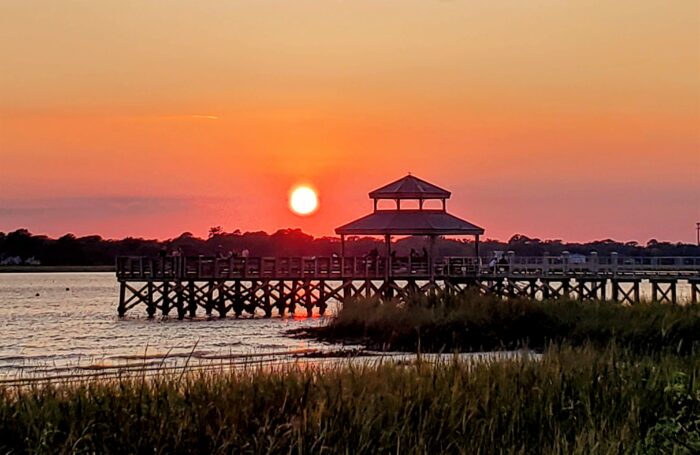 You can find this view from Brittlebank Park, on the banks of the Ashley River. 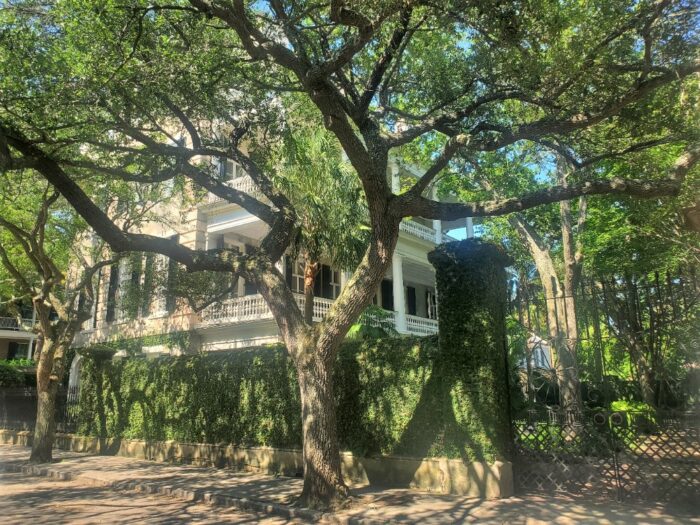 This house on Legare Street just became the most expensive ever sold in Charleston. The price? $13.5 million. 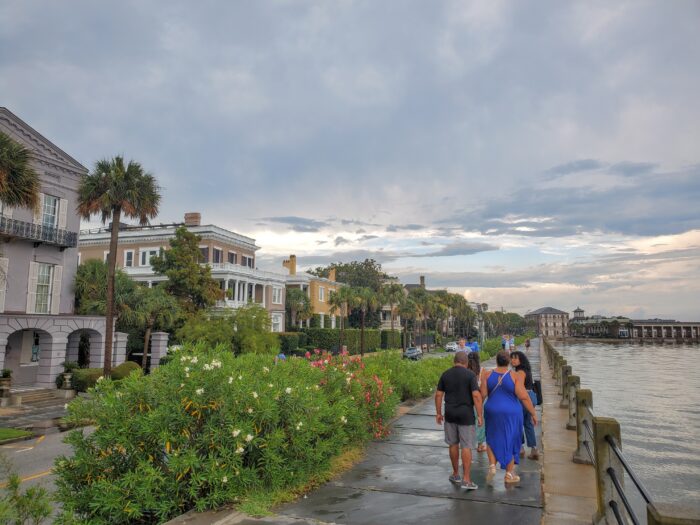 During a break in the storms, taking a stroll along the High Battery is always a good thing to do. There is lots of history among the houses along East Battery. Did you know the yellow house at 19 East Battery is the youngest (built 1920), replacing the Holmes Mansion — oldest house that had been built there (c. 1820). The Holmes Mansion had to be demolished due to damage it sustained in a hurricane in 1911.