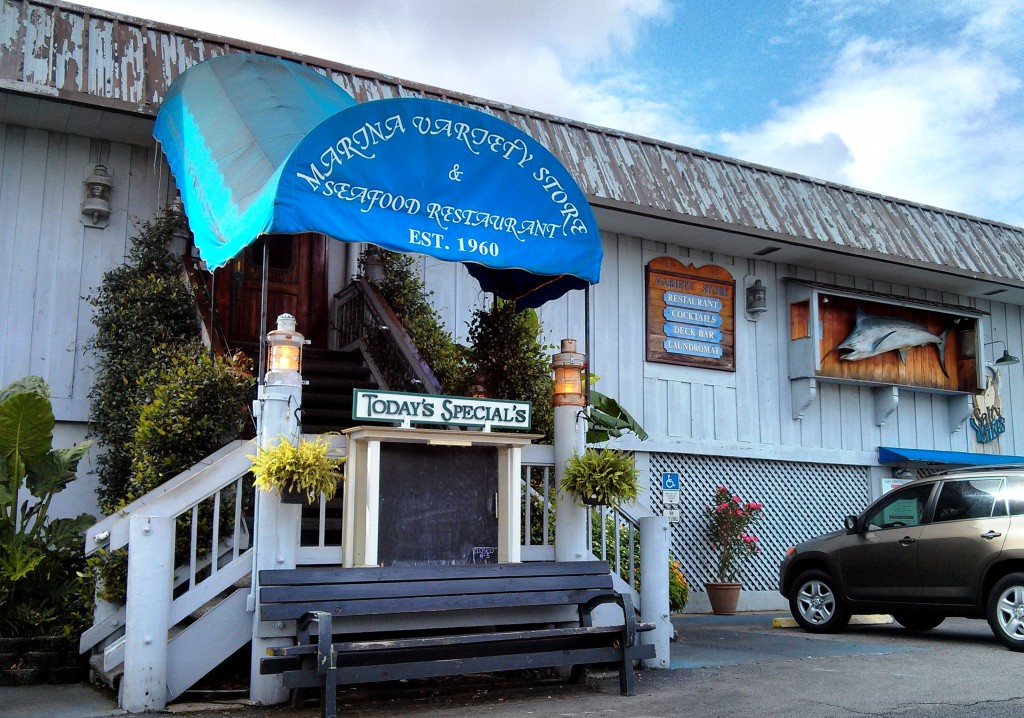 Glimpses’ favorite spot for breakfast, especially during the week when it is mainly just locals, is the Marina Variety Store Restaurant. General ly known by the shorthand, “The Marina,” its menu spans the range from traditional eggs and bacon, pancakes and waffles, to the much more special “Low Country Hashbrowns” or the “Famous Fried Green Tomatoes and Shrimp over Salty Mike’s Creamy Grits with 2 Eggs.” You’ll also find crabcakes, gator, pork chops and country fried steak. END_OF_DOCUMENT_TOKEN_TO_BE_REPLACED 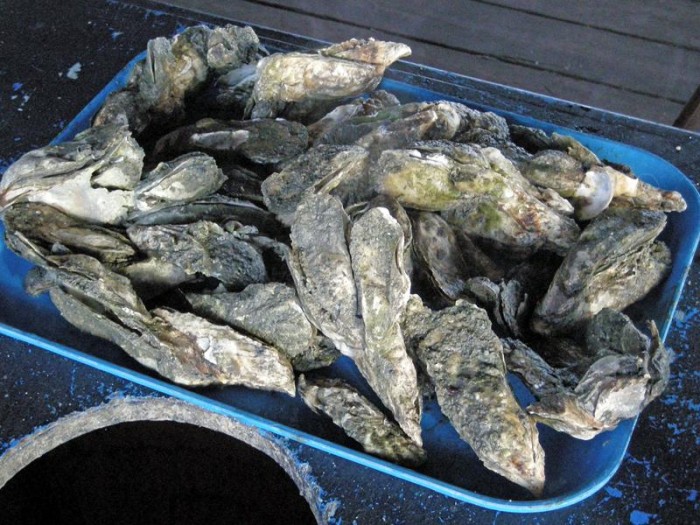 There are so many ways seafood can be prepared and eaten in Charleston. From the wonderful Dave’s Carryout (a corner dive, which fries it up deliciously) to the fancier Amen Street  to many more in between (the tourist oriented Hyman’s, the communal tables at Hank’s Seafood, the newly converted food truck to restaurant Roadside Seafood, to the superb dishes at so many of the top Charleston restaurants), one spot always rings true — for the food, location and experience, Bowen’s Island (owned and run by Robert Barber, a James Beard Award-winning chef).

Surrounded by the spectacular beauty of the marshes and rivers of the Lowcountry, Bowen’s Island offers a fairly limited menu, but you can always find amazing fried shrimp, fish and crabcakes (and hush puppies!). But the real reason to go there are the oysters — steamed by the bucket-full, they are about as fresh as you can get.  Check out the entire menu. The whole experience is just pure fun and good eating.

Bowen’s Island is located in the middle of the marsh off Folly Road, on the way to Folly Beach.

What’s your favorite place for seafood in Charleston?

After writing about the best spots for sandwiches in Charleston, and declaring that Butcher and Bee was the best source, I had a lunch experience that requires an amendment to the first posting. Artisan Meat Share leaps to the top of the list.

While a bit oddly named (it actually has roots back to a meat-based CSA-like concept started in 2009), this cool little hole in the wall spot on Spring Street (right off King Street) has some of the most impressive sandwiches I have ever seen or eaten. Created by Chef Craig Deihl (of Charleston’s Cypress restaurant), the menu at Artisan Meat Share is fairly jaw-dropping. While, not surprisingly very meat oriented — including Knuckle, Braunschweiger, Bun Mi and Pastrami — you can also get an impressive Tuna Nicoise sandwich and a couple of good looking salads.

I had the Pâté Melt, which is a very high end version of a Patty Melt (Pâté… Patty, get it?). Made with their own-made (as are all their goodies) pâté, and garnished with pickles, Swiss, mustard, and bitter greens and served on grilled challah bread, it was an amazing bite. 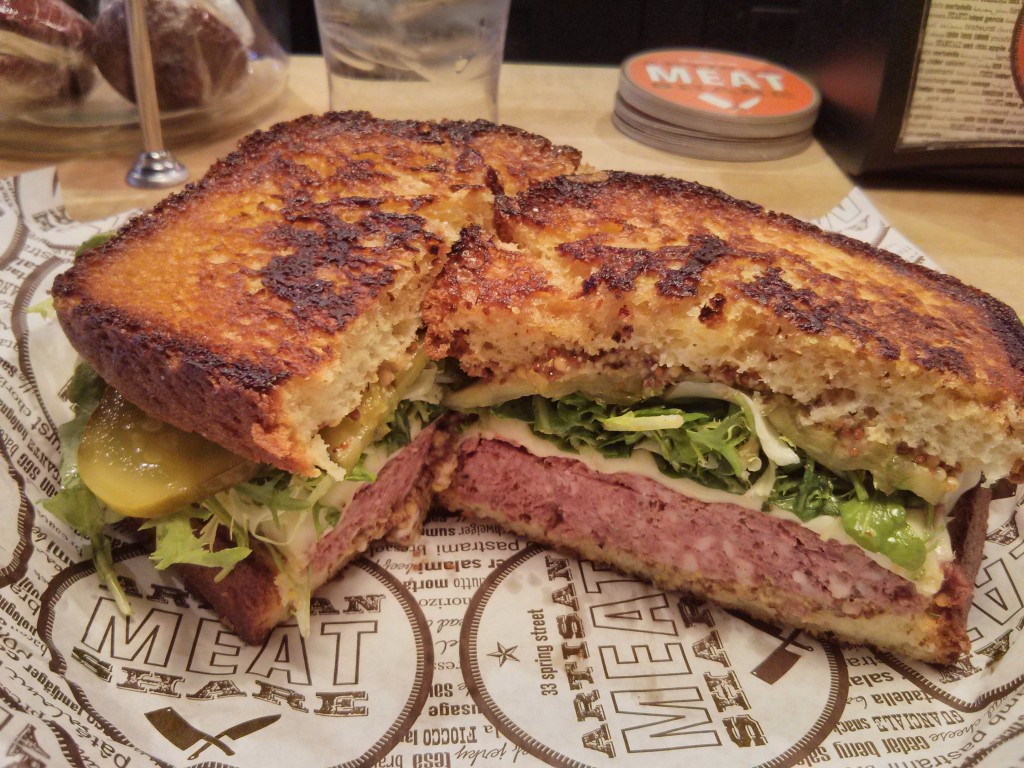 The sides are also pretty cool, including a Pea & Peanut Salad, which can be seen here in front of the Porchetta (‘nduja, pork cracklins, watercress, caramelized onions, and mayo served on a  ciabatta), 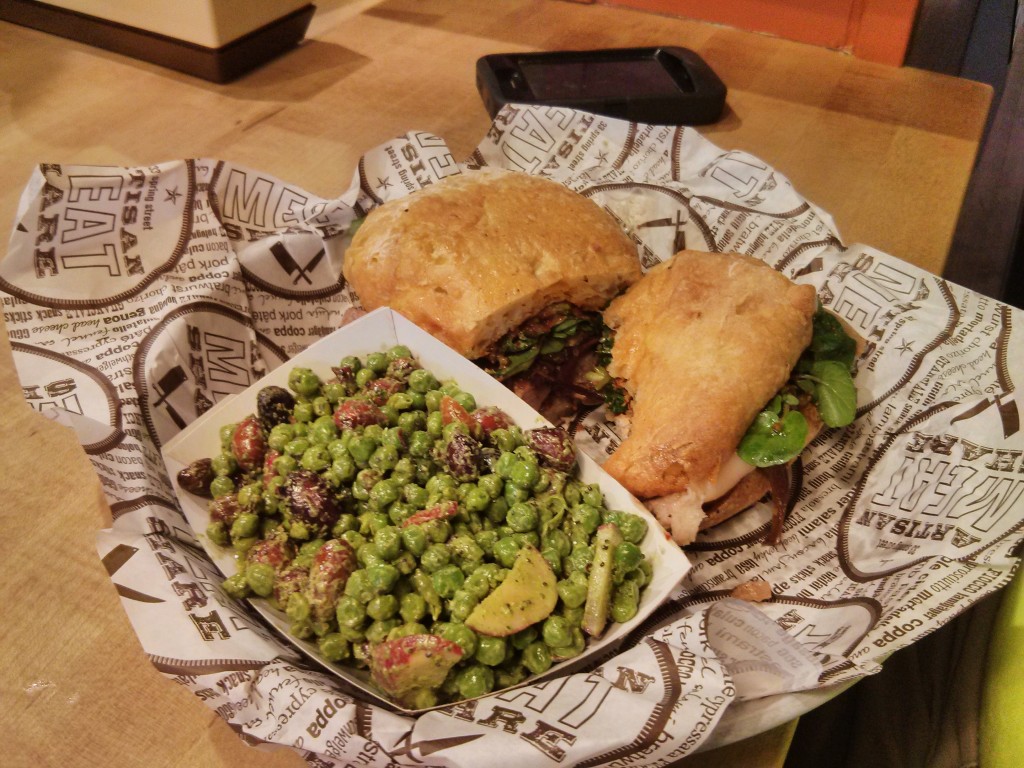 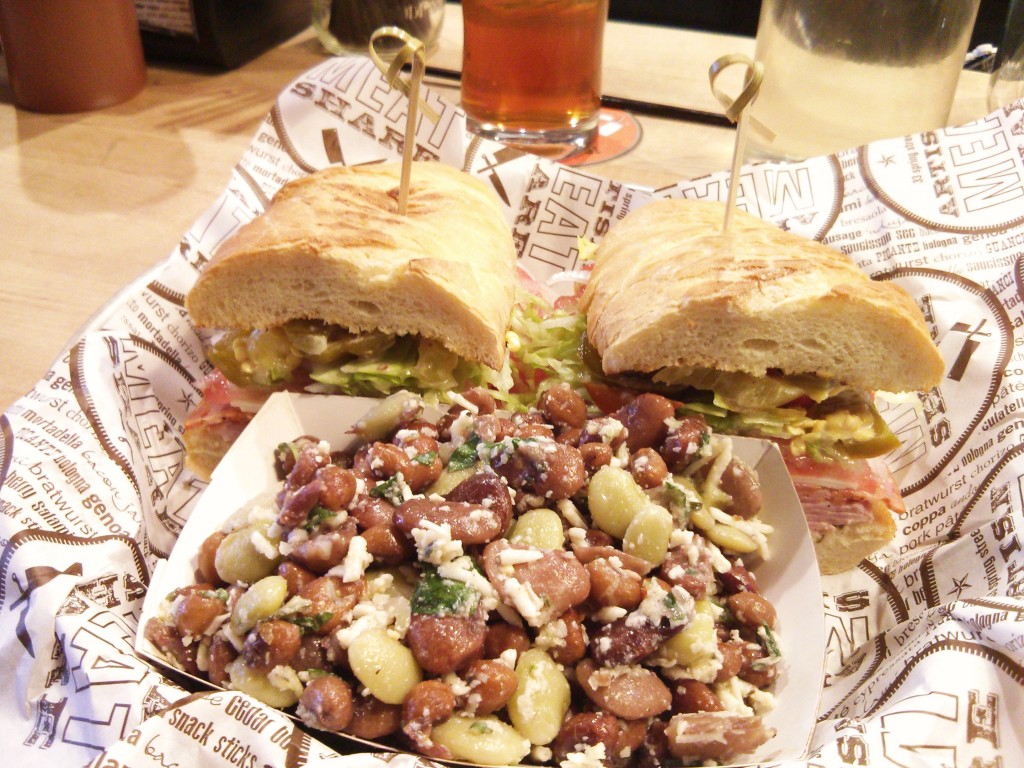 All the meat and produce is sourced from local and regional farms, so everything is super fresh and high quality. The portions are big, so bring your appetite.

Chicken wings are one of those menu items that you can find in almost every restaurant — from chicken focused spots (Kickin’ Chickin) to wing specific places (Wild Wing Cafe) to just about every bar/restaurant in town — even at the renowned Husk. Some are really good (some not so much), but few are memorable. Then there are the wings at Swig & Swine. 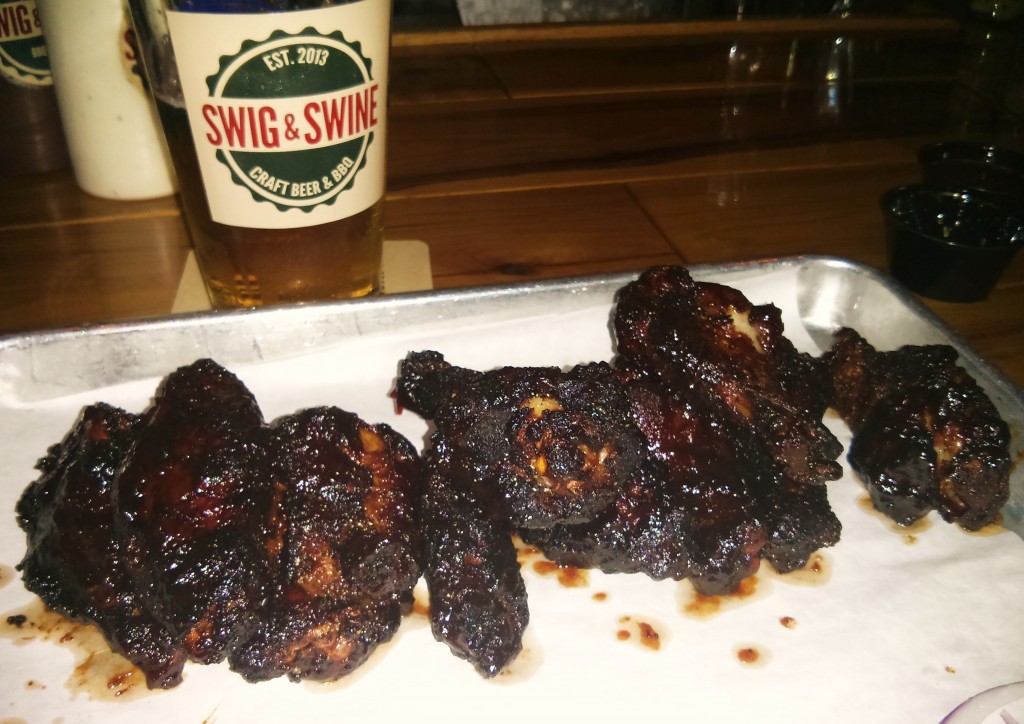 These wings are thickly slathered in a delicious sauce and smoked…wow. They deliver their flavor with a satisfying crunch and extremely messy fingers.

Not far from downtown Charleston in West Ashley, the wings (and the other meats from the smoker) are worth the trip.

Conde Nast Traveler’s readers just love Charleston. Not only has Charleston been voted the #1 travel destination in the US for 4 consecutive years (and even #1 in the world one of those years…. currently #2 in the world), their readers named it the 3rd best food city in the country. What’s your favorite restaurant in Charleston? 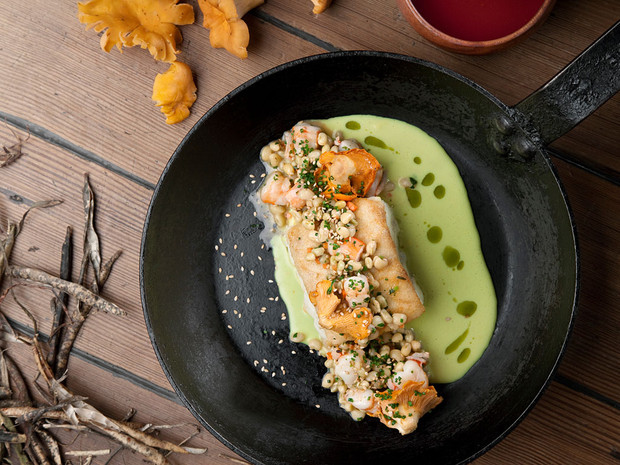 You can find this at Husk

Charleston has a lot of Mexican restaurants — too many of which are of the Tex-Mex variety. It’s not a coincidence that one of the very best sources of genuine Mexican food is the home of the best Chile Rellenos… and that restaurant is Santi’s. 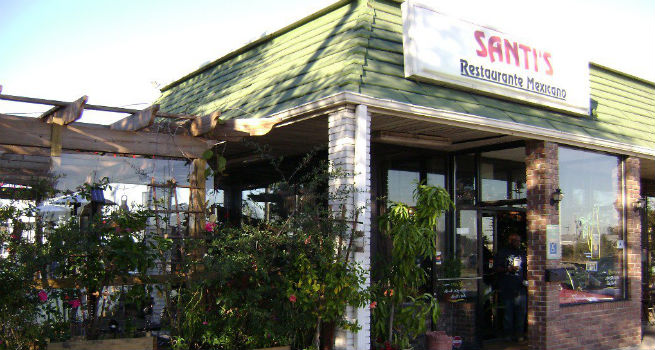 Santi’s is one of those joints that could easily be found on the Food Network’s Diners, Drive-ins and Dives. Located in a former Huddle House, in a not so nice (but coming back) neighborhood, this place knows how to cook (check out the Guisado de puerca…wow). And one of the best dishes is their Chile Rellenos. 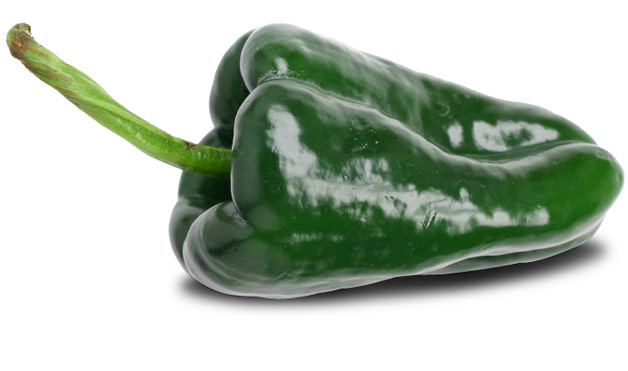 The poblano peppers are crisp, the cheese is gooey and the flavor is fantastic. Each pepper is a distinct entity and not a shapeless mass that so many restaurants try to pass off  in their version of this dish. Served with a stack of piping hot tortillas, you get to design each mouthful to meet your own desires (definitely add their incredibly fresh and tasty salsa!).

I could go on about Santi’s, and likely will in a future post. In the meantime, check out their Chile Rellenos and let us know how they compare to your favorites.

Charleston has truly turned into one of the eating meccas in the United States. All over town you will run into James Beard Award (the Oscars of the food world) winning or nominated restaurants and chefs. This year is no different.

Just yesterday it was announced that Charleston has four finalists for this year’s awards (with 11 having made the semi-finals). Leading the way is Sean Brock, with his nomination for Outstanding Chef  (the highest honor for an individual chef) for the third consecutive year. Brock also made the finals for his “Heritage” cookbook and his TV program, “The Mind of a Chef” — making him a finalist in three out of the possible four categories of awards. Pretty good.

Also reaching the finals in their categories were Jason Stanhope of FIG, for best chef in the Southeast, and FIG and McCrady’s for Outstanding Wine Service.

The restaurant and chef winners will be announced on May 4th at a ceremony in Chicago, and book and broadcast awards will be presented in New York on April 24th.

Adding to the Charleston flavor of the awards will be the induction of Charleston’s Nathalie Dupree into the Who’s Who of Food & Beverage in America.

Charleston is so full of amazing places to eat. Despite its small size compared to the food meccas of a New York or San Francisco, the available variety of restaurants is pretty impressive. One standard “international” fare option that has always been fairly lacking is Chinese. There is certainly quantity (all you can eat buffets!) and Chopsticks House has some pretty good take-out, but for high quality Chinese food there really haven’t been many options (see Red Orchid’s)… until now. 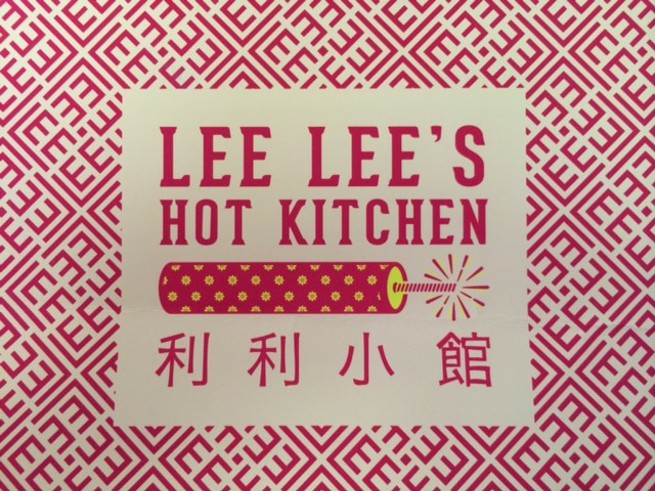 Lee Lee’s Hot Kitchen opened about a year ago as a collaborative effort between Lily Lei and Karalee Nielsen Fallert (Lee Lee… get it?). A bit off the beaten path in downtown Charleston in an unassuming building in a very transitional neighborhood, Lee Lee’s offers authentic and sophisticated cooking that is another world from that of the standard sweet and sour or mu shu. 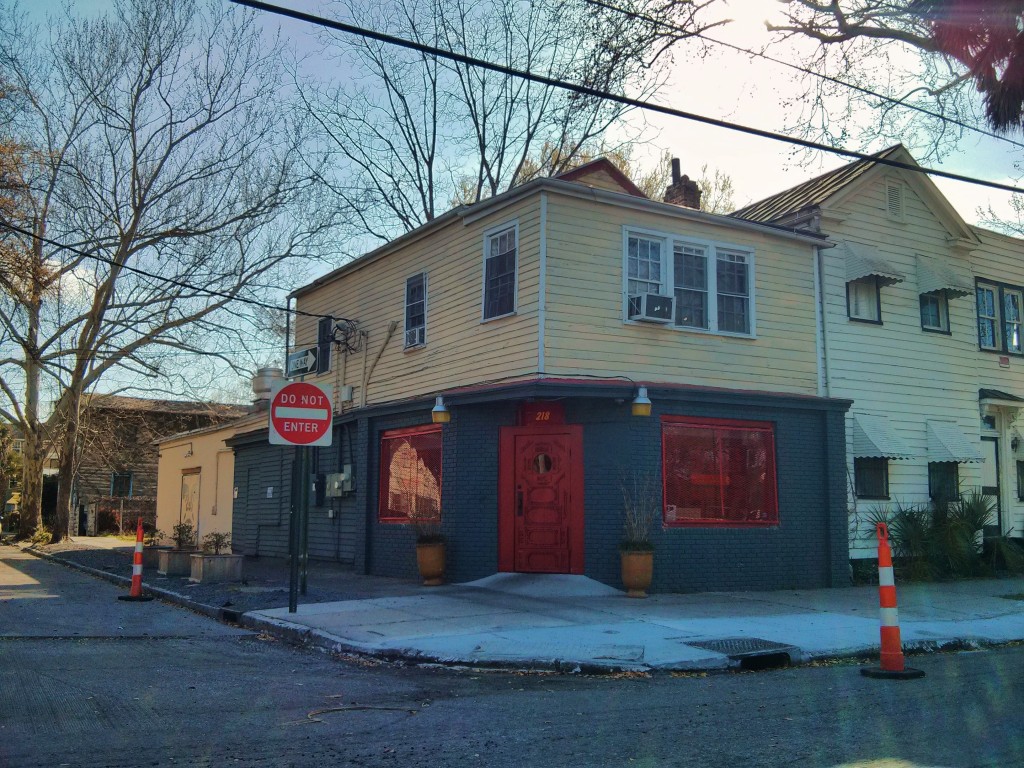 While some of the dishes are familiar sounding (Kung Pao, General Tso’s), their delicate touch is not afraid to use heat or seasonings that make them worthwhile. More interesting dishes include Hong Sho Ro (“caramelized pork belly, five-spice sauce”), Mapo Dofu (“stir-fried tofu, Sichuan pepper sauce”) and Smashed Cucumbers with garlic and Chinese black vinegar.

A sampling of the appetizers is enough for a full meal. The Sichuan Dumplings (“pork dumplings, served in Sichuan pepper sauce, peanuts, green onions”) and the “house made” Scallion Pancake (with ginger-soy dipping sauce) are things that craving are made of.

Check out the full menu and start salivating.

One of the great culinary developments in recent years in Charleston is the proliferation of high quality food trucks. 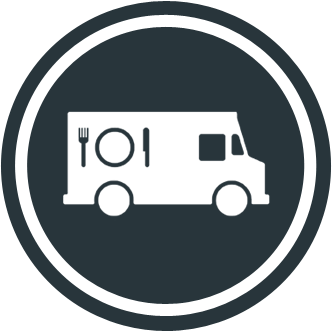 With clever names and offerings ranging from the local oriented (Hello My Name Is BBQ, Charleston Choo, Cast Iron), to more regional (Carolina Creole), to specific themes (Outta My Huevos, Bac’n Me Crazy), to the more exotic (Auto-Banh –Vietnamese sandwiches, Charleston Carribean Creole, Lechon — with a Latin flair), to the sweeter (King of Pops — well, they use carts, but they make some of the best popsicles in the world and deserve a mention, Diggity Donuts) these trucks can satisfy just about any hunger craving.

Some of the trucks have been so successful that they have created fixed land-based restaurants, as well  as being mobile (Tokyo Crepes, the wonderful Roadside Seafood — with some of the best fried shrimp in town). Eating their food either way will make your stomach happy.

The dean of the food truck may also be my favorite — Roti Rolls. 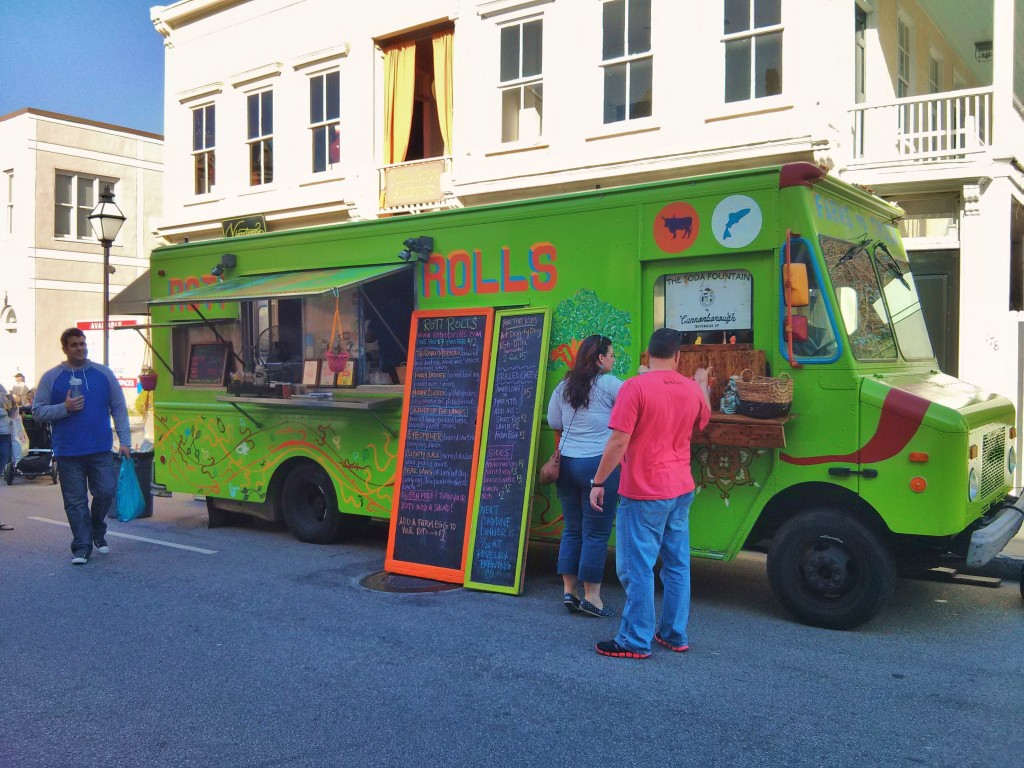 Specializing in Indian/Asian fusion cuisine, Roti Rolls has been named the best Food Truck in Charleston for four years running, as well as garnering all sorts of national attention (including being named the nation’s 6th coolest food truck by Forbes Magazine and one of the 101 best food trucks in the U.S. by the Daily Meal).

The food trucks have become so popular that they are even organized within the Charleston Food Truck Federation and on Roaming Hunger, and have regular “Food Truck Rodeos.”

Wherever you catch them, order up.

This is a typical Sunday night supper in our household — that couldn’t have been more Charleston. 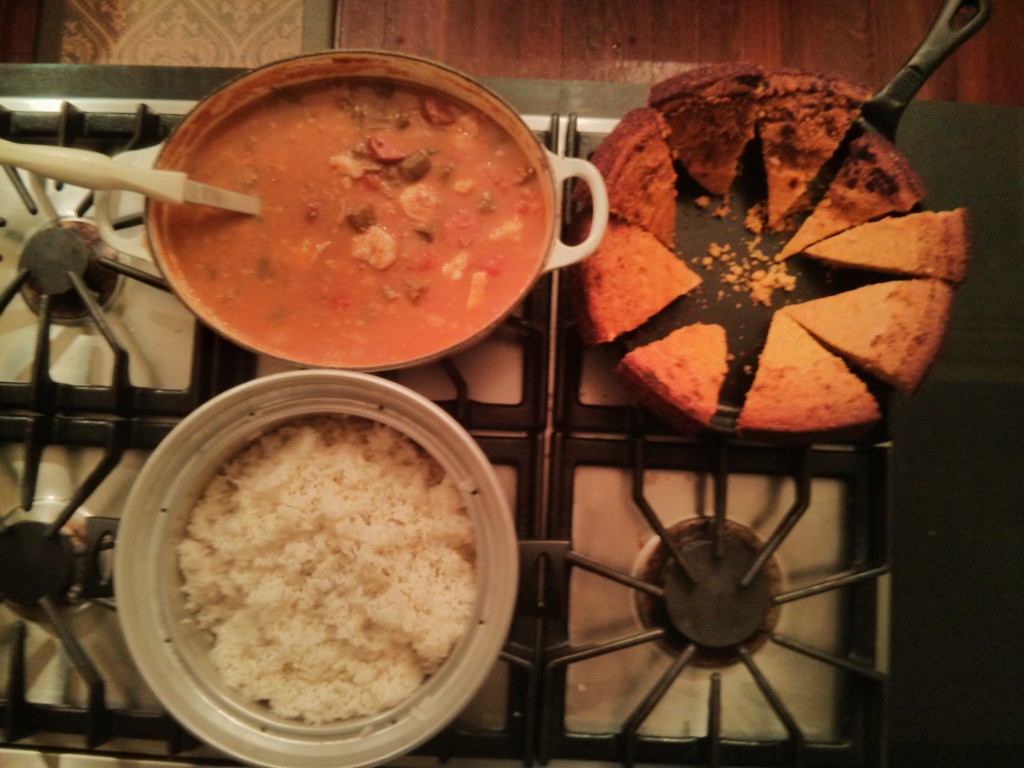 The main course was “Tuesday” gumbo — made from a Matt and Ted Lee recipe using items purchased last summer at the Charleston Farmer’s Market (and frozen the same day for winter suppers). The gumbo had organic okra from Mr. Joseph Field’s farm and wonderful local Charleston shrimp caught by a Shem Creek shrimper. Homemade shrimp stock, which was created during the summer, was used as the cooking liquid for the gumbo. The rice was Carolina Gold Rice (“Sustainably Raised and Field Ripened; Hand Harvested, Fresh Milled”) bought from Celeste Albers at Green Grocer and prepared in a Charleston Rice Steamer. The cornbread was made in an heirloom cast iron skillet which had been my mother-in-law’s.

What a delicious, wonderful way to wrap up the weekend!