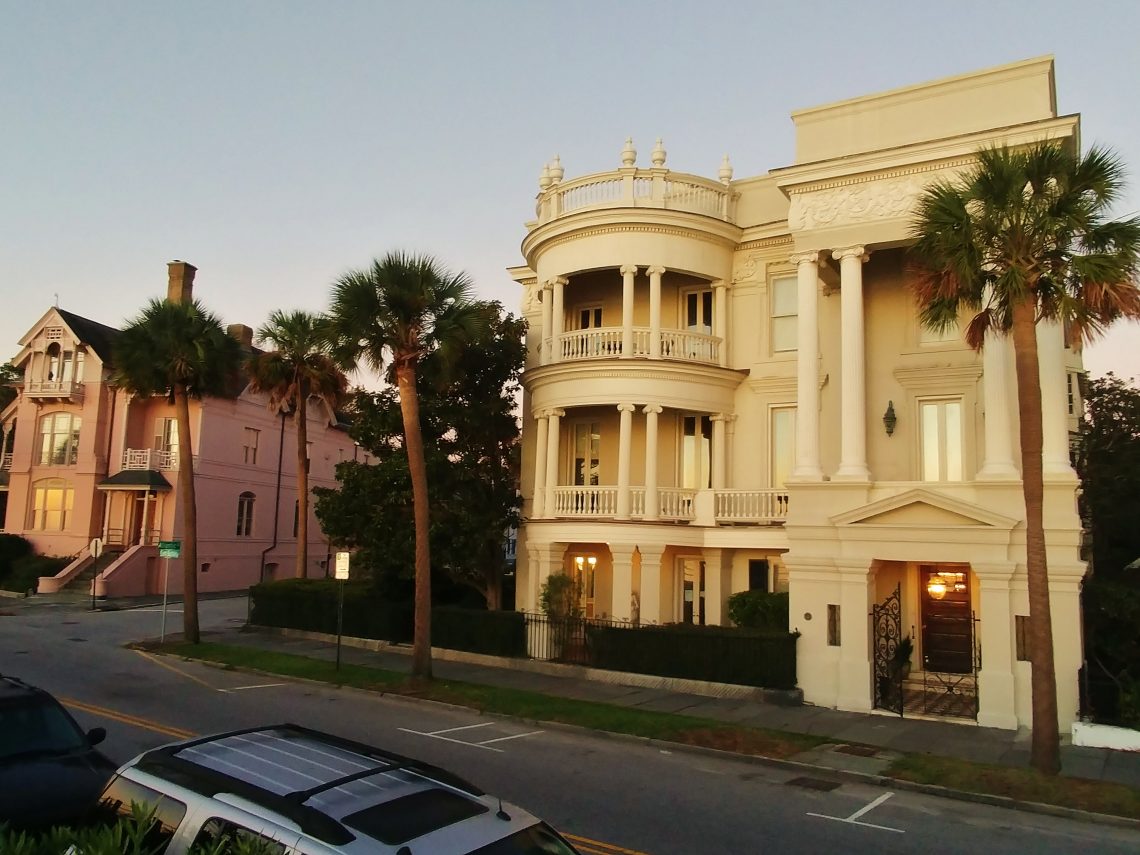 This house on East Battery is one of the most photographed in Charleston. The popular explanation for why one side is rounded and the other is squared is that the husband and wife who built it could not agree on a design. So one designed one half, the other designed the other half. Thus, it is called the “Compromise House.” The true story, however,  seems to be that during a renovation about 40 years after it was built, the owner decided to simply mix two styles of architecture. An interesting footnote to the history of the house is that during World War II, John F. Kennedy had an office in this house while serving as a naval officer — before heading to the Pacific as the commander of PT109.