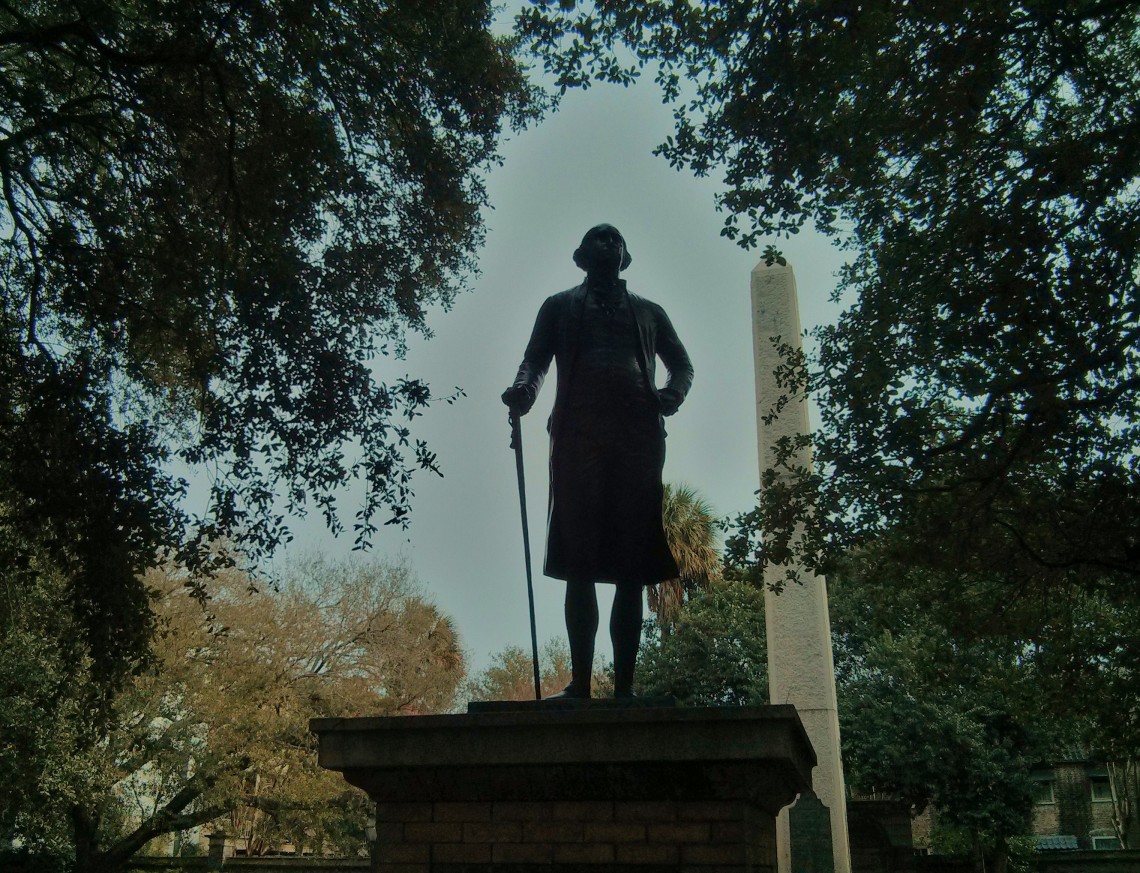 Located behind City Hall is a lovely oasis in downtown Charleston — Washington Square. Not coincidentally, it was originally named City Hall Park — and later renamed in honor of the 1st President in 1881.

Set among beautiful plantings and park benches, a number of monuments are found throughout the square. It’s dominated by the 42 foot high memorial (a miniature version of the Washington Monument) honoring the Washington Light Brigade (seen in the background), which was unveiled in 1891. The statue of Washington is a more recent addition.

It’s definitely worth visiting. Just sit on one of the benches and soak it all in.