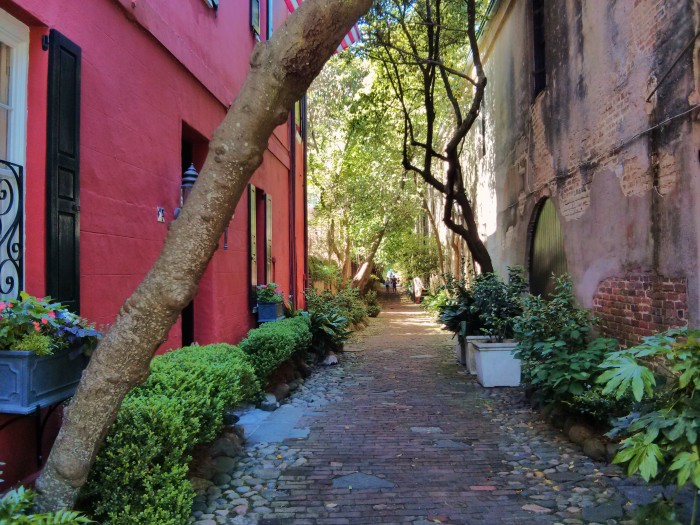 asks Bailey B. from Knoxville, TN.

Dueler’s Alley is a nickname for Philadelphia Alley, Bailey. It’s a beautiful brick lined cut-through between Queen and Cumberland Streets, that sneaks behind the St. Philip’s Church graveyard.

It’s sometimes referred to as Dueler’s Alley, as it once was a site for settling matters of honor. Originally  called “Kinloch’s Court,” it was renamed Philadelphia Alley as a way of thanking the citizens of Philadelphia for the aid they provided to Charleston after the devastating fire of 1810.

Next time you are in Charleston, be sure to take a stroll there!