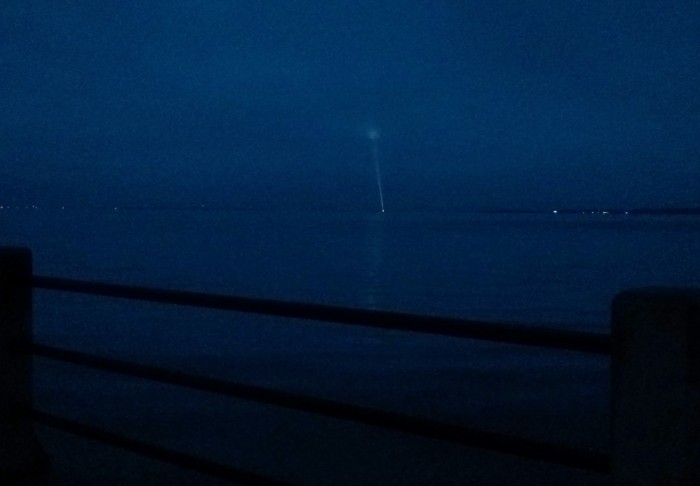 The spotlight came from Fort Sumter, Caroline, where they been commemorating the beginning and end of the Civil War.

On April 12th (the anniversary of the start of the Civil War), there were two beacons lighting up the sky. As it moved closer and closer to April 14th (the anniversary of when the US flag was re-raised over the fort, signifying the end of the war) they became one beam — reflecting the country reuniting. Pretty cool.