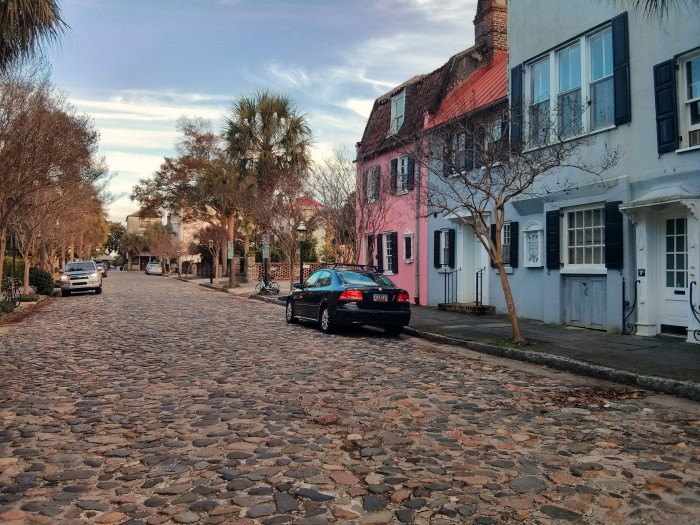 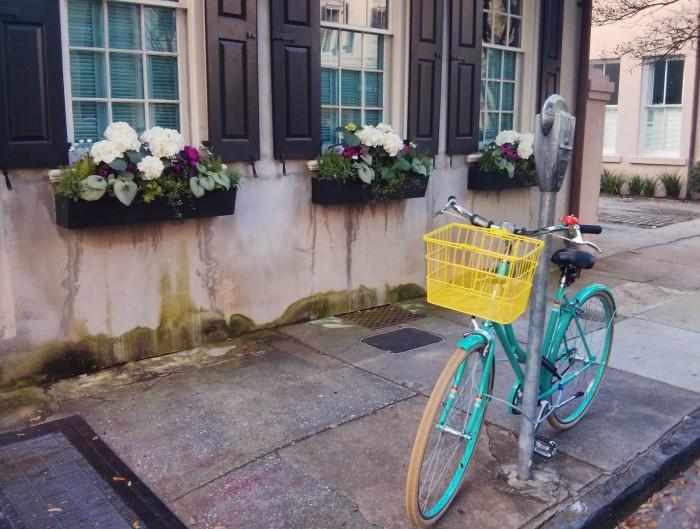 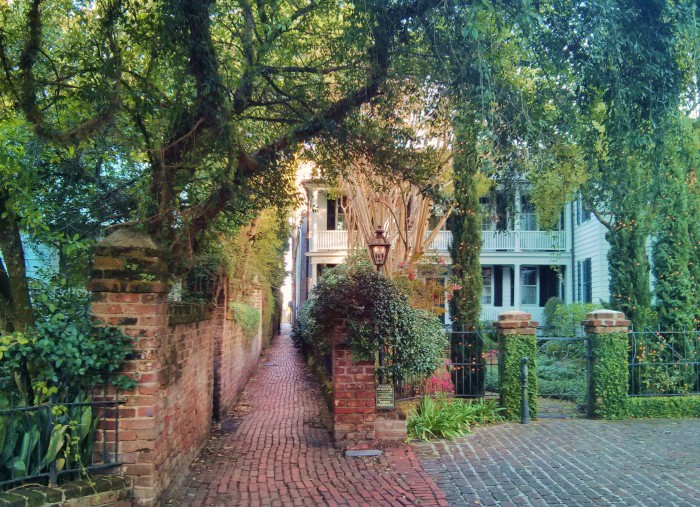 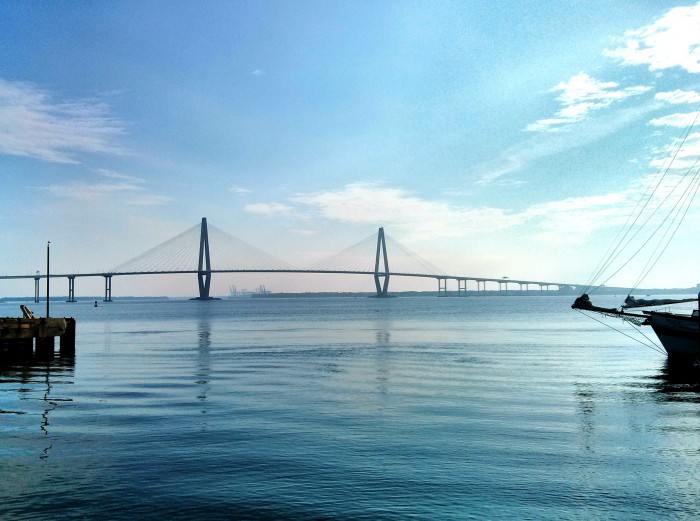 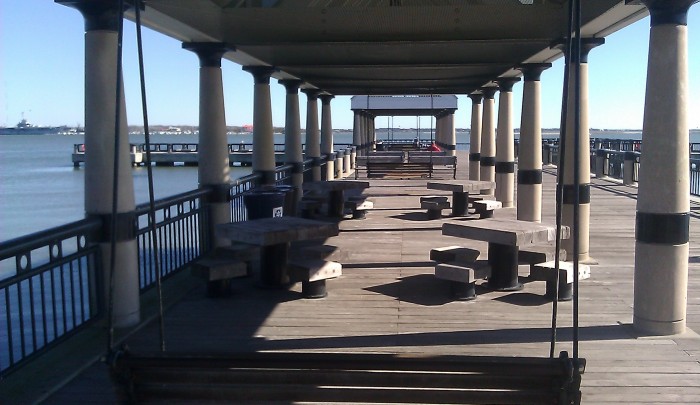 Getting up early to see the sun rise over Charleston Harbor is usually a very rewarding experience. Watching the sky just light up over the ocean and spread its rays over to the Peninsula is magical. General Moultrie, standing on the edge of White Point Garden and looking across the High Battery, gets to watch this show almost every day (well, he is there everyday, but sometimes the weather doesn’t cooperate for the sunrise). 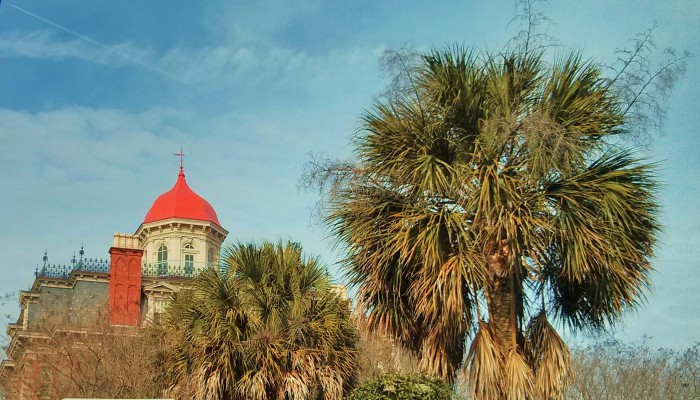 Beauty is all around you in Charleston. Sometimes the tree and rooftops deserve as much attention as the harbor and streetfronts. The cupola here belongs to the Wentworth Mansion, one of the finest and highly rated hotels in the country. The building was once the largest single family house in Charleston, later became the headquarters for an insurance company and now is home to some pretty incredible luxury. They also have a pretty awesome restaurant, Circa 1886. 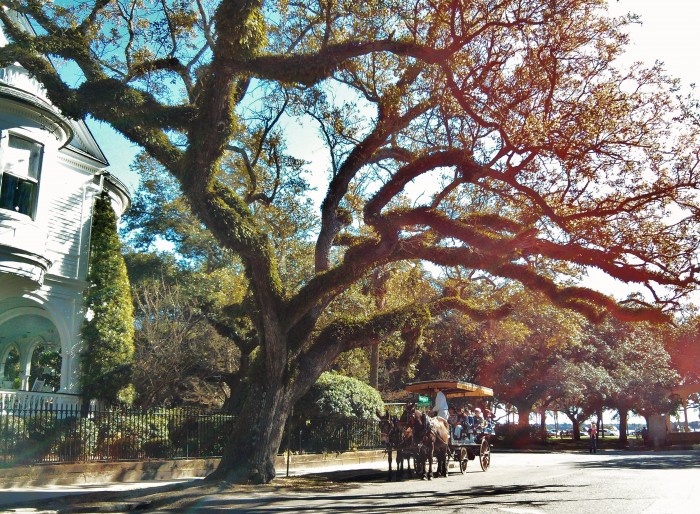 A classic Charleston scene. This Live Oak Tree, which is dwarfing one of the tour carriages, is growing on Meeting Street, in front of the 2 Meeting Street Inn. Do you know the name of the greenery growing on the tree branches (no, not the leaves). And how it gets its name? 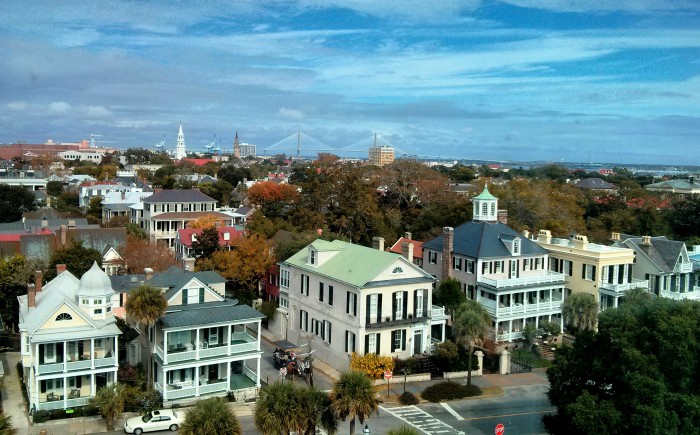 The Charleston peninsula, stretching from White Point Garden at the tip up towards the fantastic Ravenel (or Cooper River) Bridge, contains an unimaginable amount of beauty — both natural and man-made. Seen here from the Fort Sumter House at 1 King Street, you also get a sense of why the region is called the Lowcountry. Also note the origin of one of Charleston’s nicknames…the Holy City — the skyline, as it were, is full of church steeples. 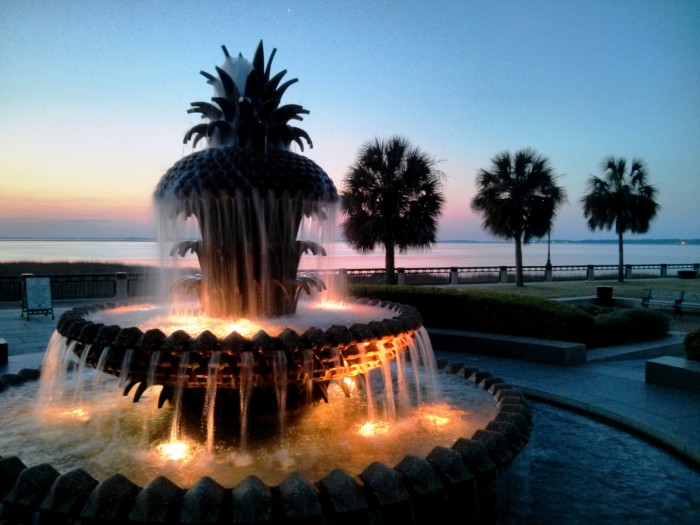 The Pineapple Fountain in Waterfront Park stands as a symbol of welcome in Charleston (did you know that the Pineapple represents hospitality or welcome?). With a fantastic view of Charleston Harbor, Fort Sumter and Patriot’s Point across the way, it’s a wonderful spot to visit year-round. In the warmer months, the fountain also a great spot to cool your feet.