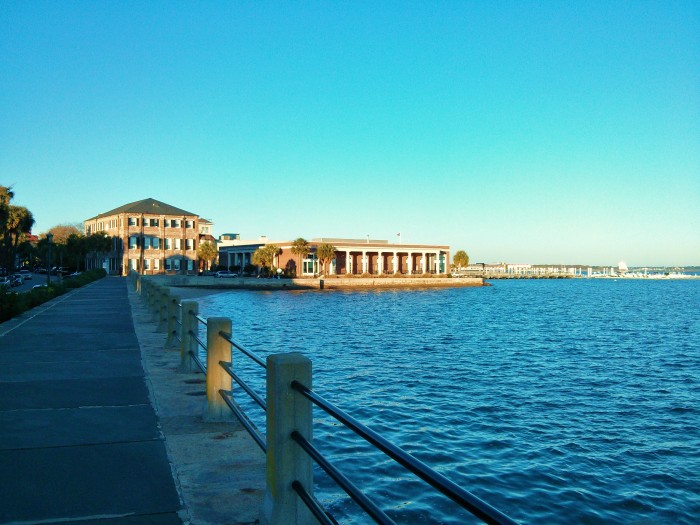 The late afternoon sun lighting up the buildings along the end of the High Battery. 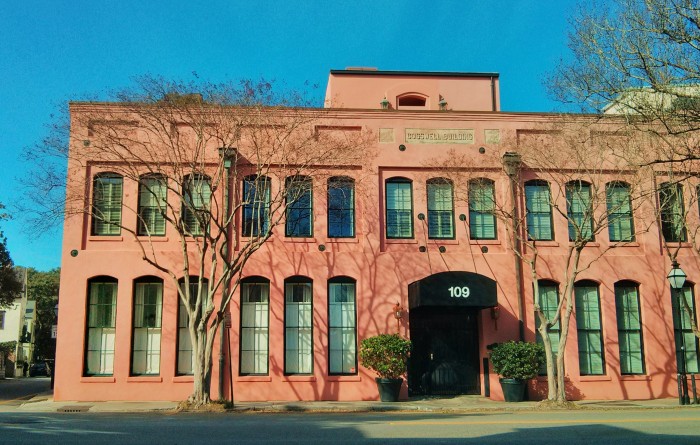 The Cogswell Building on East Bay Street was the home of the Evans & Cogswell Printing Company. Prior to the Civil War they printed stamps, bank notes, bonds, certificates of stock, executive documents, medical publications, and military manuals. They even lithographed the Ordinance of Secession, one of the most fateful documents in American history. During the Civil War they produced some of the Confederate currency, government bonds and various books. To escape the clutches of the Northern army, the company was moved to Columbia, SC, where it was burned down in 1865… but that’s another story. 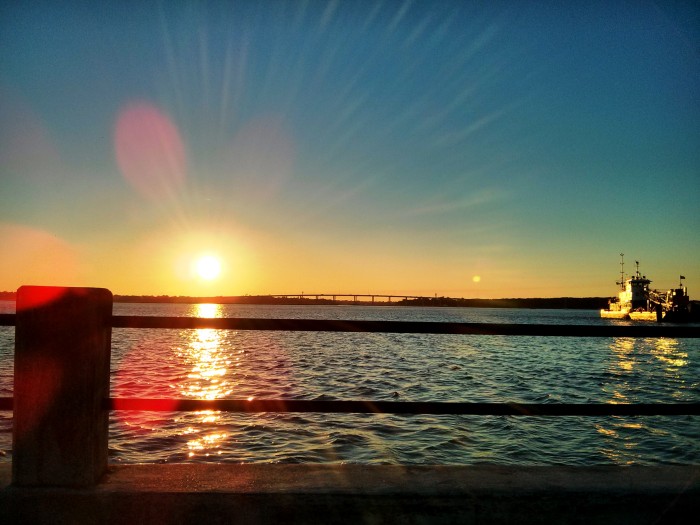 The sun going down along the Ashley River by the Coast Guard Station. 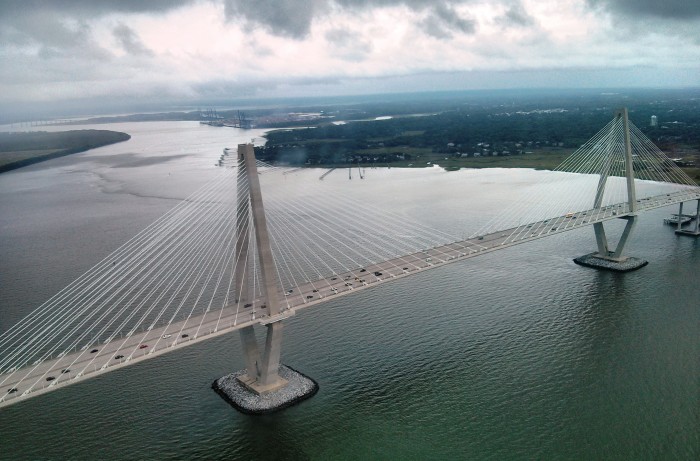 Helicopters come in handy in so many ways, including providing amazing views of the Ravenel (Cooper River) Bridge. 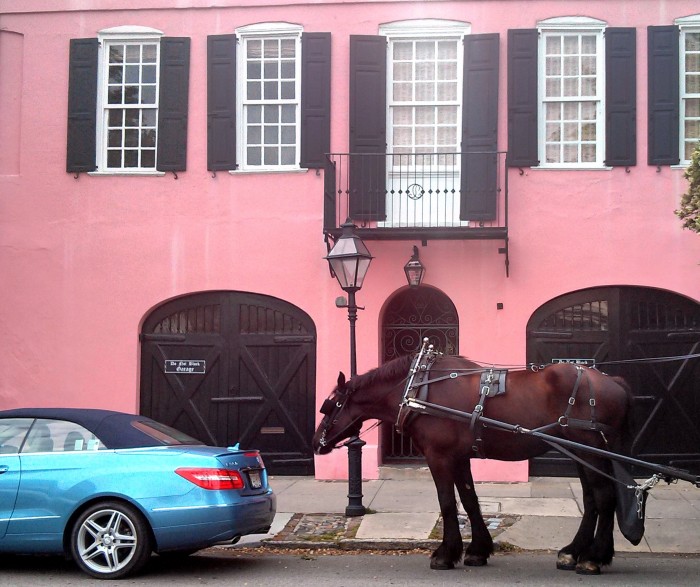 What’s the best caption for this photo? 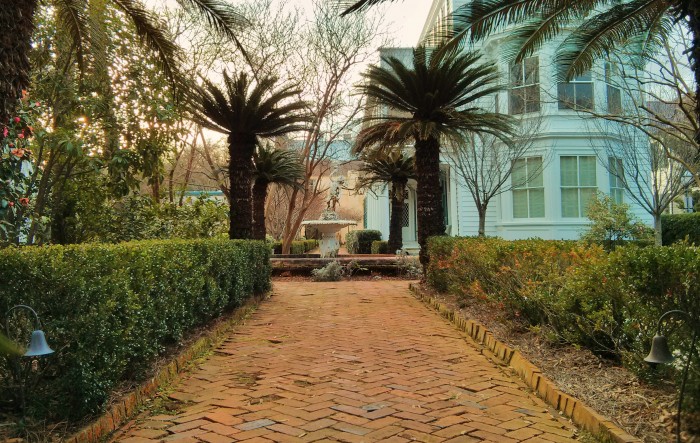 While walking around Charleston, it’s well worth taking a peek through a gate and seeing what’s on the other side. The gardens and yards are generally beautiful and may contain an eye-catching fountain or statue. This yard, surrounded by hedges and walls is located on lower Meeting Street,  at the corner of Ladson Street. 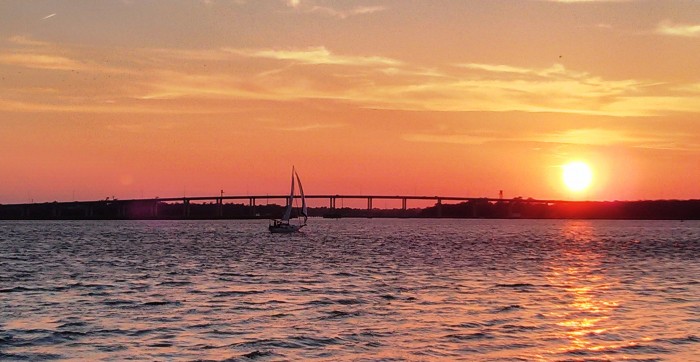 The Low Battery along the Ashley River is a wonderful spot to watch the sunset in Charleston. It’s always fun to watch the boats racing the sun to get back to the marinas. 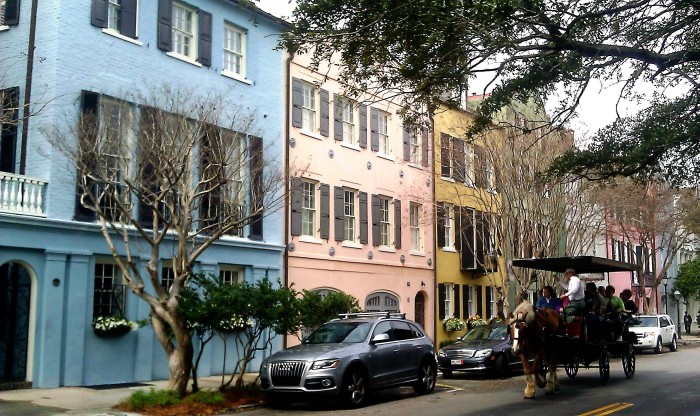 The mandatory shot of Rainbow Row. 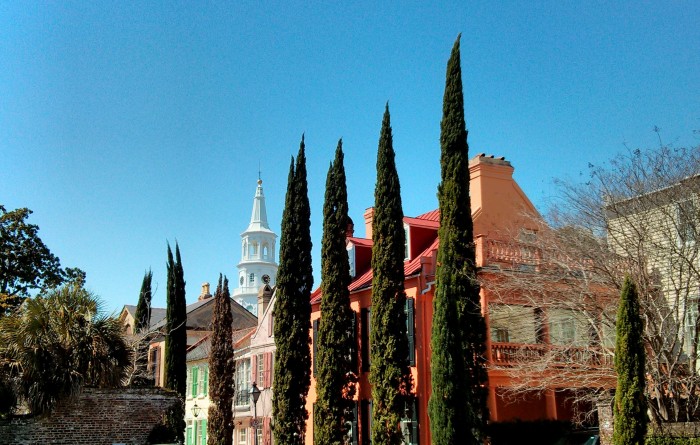 Tucked behind Broad Street is a one block street that runs between Meeting and Church Streets — St. Michael’s Alley. With these distinctive Italian Cypress trees lining the way, it’s a great “cut-through” when you are out for a walk. 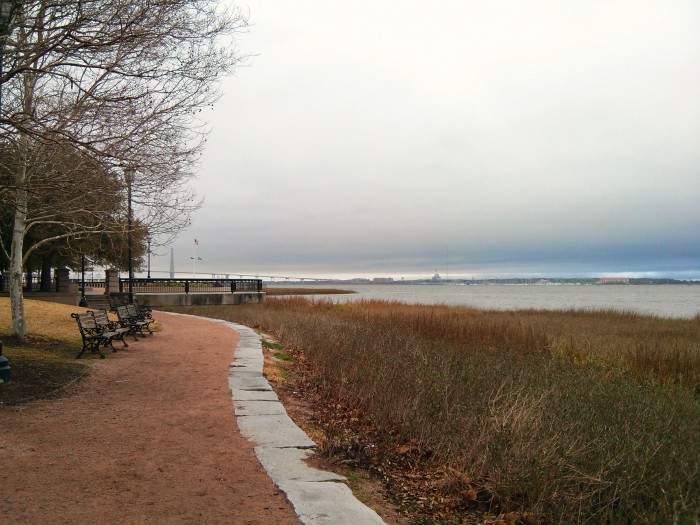 In a relatively small space, Waterfront Park provides many experiences — from fountains to play in, piers to stroll and fish off, grass to picnic on, bench to rest on and paths to stroll. Wonderful views too… including the Ravenel (Cooper River) Bridge and all of Charleston Harbor.