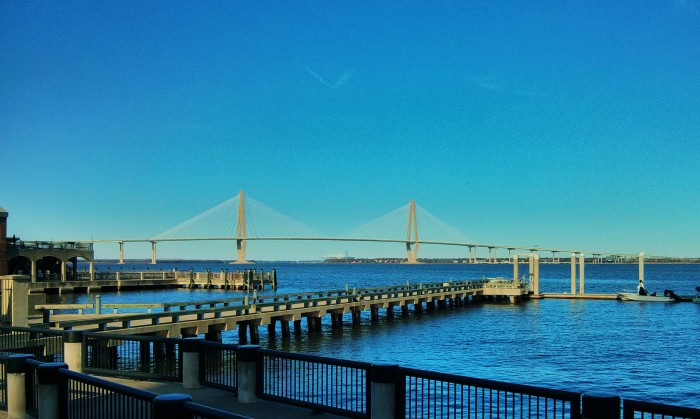 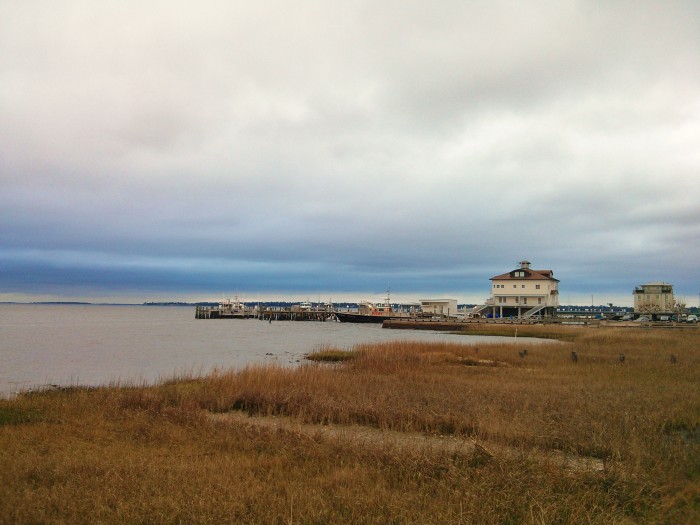 One of the cool things to watch in Charleston Harbor are the pilot’s high speed boats zipping out to the large container ships which are waiting to deliver or pick up their goods. The boats bring out a pilot who will to assist them in maneuvering through the waters. Located right next to Waterfront Park, at the end of S. Adger’s Wharf, the pilot’s pier gives them quick access to all part of the Harbor. Nice view too. 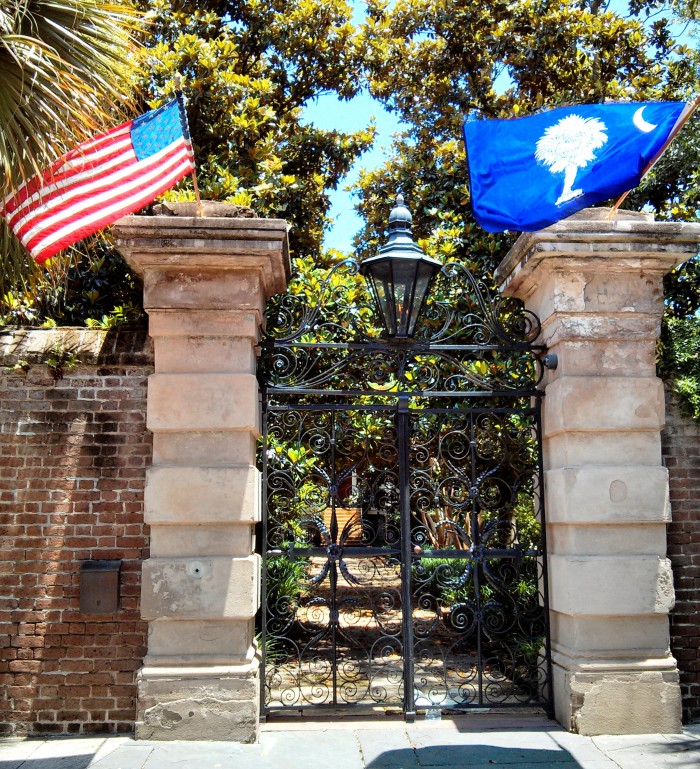 Happy Presidents Day from Charleston. This is the well known Sword Gate, which you can find on Legare Street. Look closely and you will see where it gets its name. 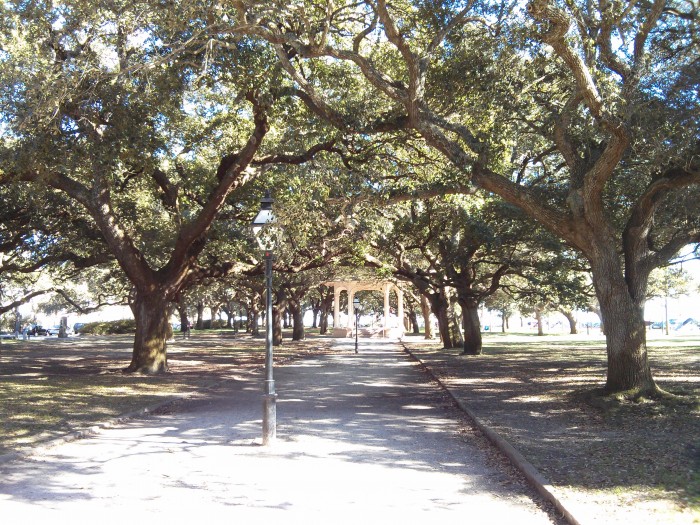 One of the most popular destinations in Charleston for both locals and visitors is White Point Garden at the tip of the peninsula. On any given day there can be weddings, picnics, and family gatherings,  people nap in hammocks strung between the Live Oak and Palmetto trees while dogs chase squirrels and sticks. On a really chilly and bright Charleston day, not so much. 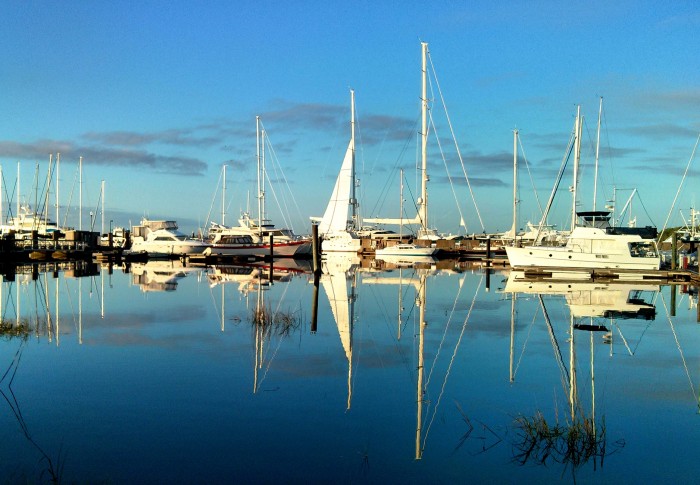 On a still morning at the City Marina, the boats, sky and water all sort of merge together. 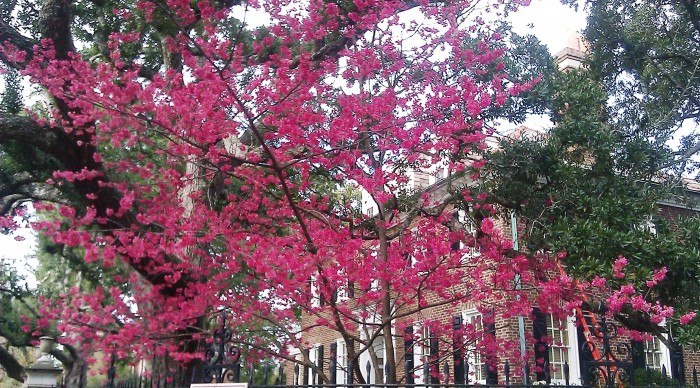 Despite the sub-freezing weather that Charleston has been experiencing, blossoms like these have been popping out all over town. It may not yet feel like spring, but it sure is starting to at least look that way.

Charleston sunsets are often a spectacular event. Here the sun paints the sky as it descends beyond the Ashley River. 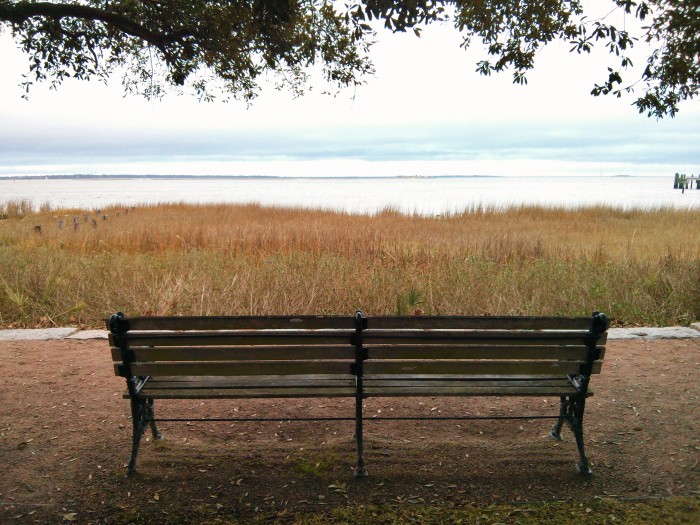 Here’s a pretty nice spot to take a break while walking around Charleston. Located on the path between the main part of Waterfront Park and the Pilot’s Pier, this bench gives you a great view of  Charleston Harbor, including Shute’s Folly (home of Castle Pinckney) and Fort Sumter. 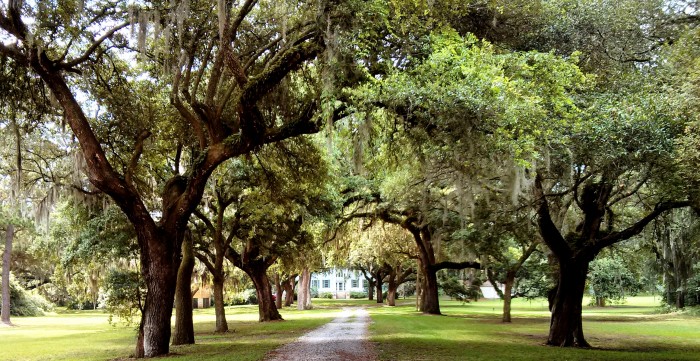 The closest plantation to Charleston was McLeod Plantation. Dating back to 1741, the plantation not only grew cash crops (most notably cotton), it was used as military headquarters in the Revolutionary War and by both the North and the South during the Civil War. After the Civil War it was used as the Freedmen’s Bureau for the area. It was home to the McLeods until 1990, when it was turned over to the Historic Charleston Foundation. In 2011 it was sold to the Charleston County Parks and Recreation Commission and will soon be open to the public as a county park. 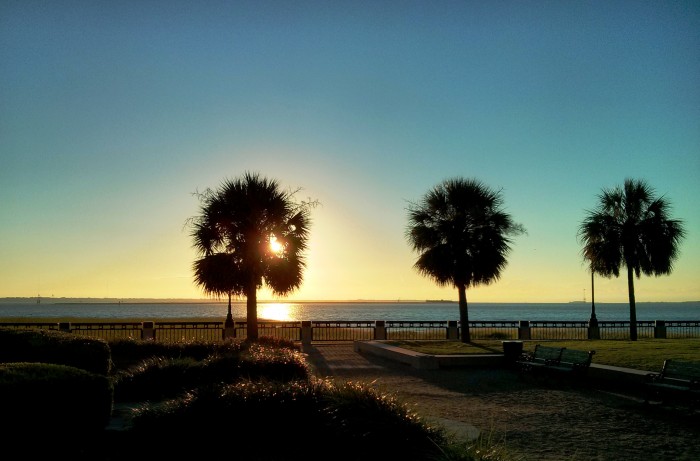 One of the great spots in Charleston to watch the sun rise is Waterfront Park. It’s magical as the Palmetto trees catch the early morning rays.