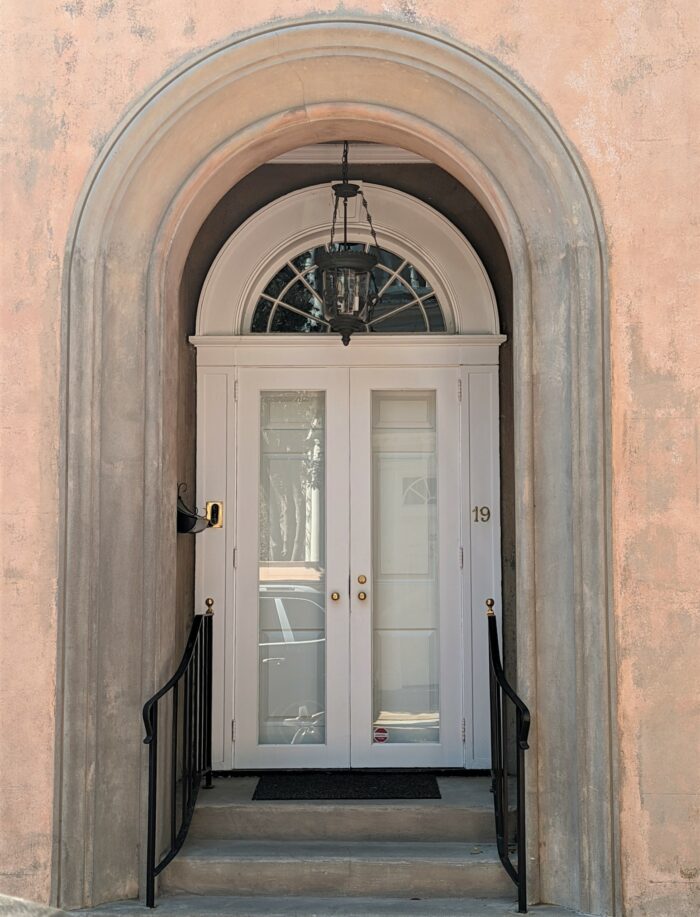 This beautiful entrance is to the George Williams Coach House, fronting Church Street. Now a beautiful standalone house, it originally was a dependency building for the Williams Mansion — which is the largest single family house in Charleston (and it appeared in the ABC TV mini-series the North and the South). 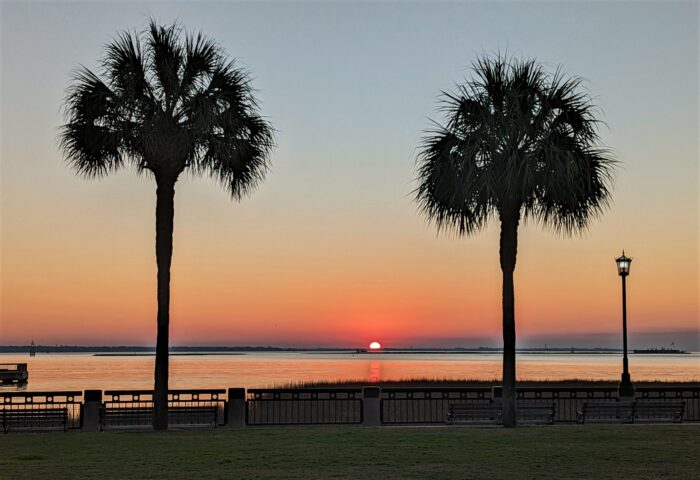 If you look to the right of the rising sun, seen from Waterfront Park, you can spot Shute’s Folly — a small, low lying island in the middle of Charleston Harbor. Originally used to house defensive fortifications for Charleston, the property was bought by Charlestonian Joseph Shute in 1746 — for which he seems to have been ridiculed. 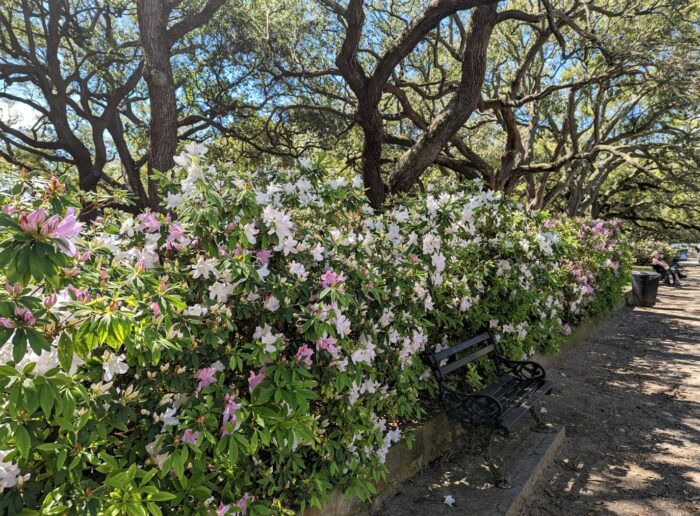 Some wonderful azaleas in White Point Garden. Near this spot the pirate Stede Bonnet was hanged in 1718. 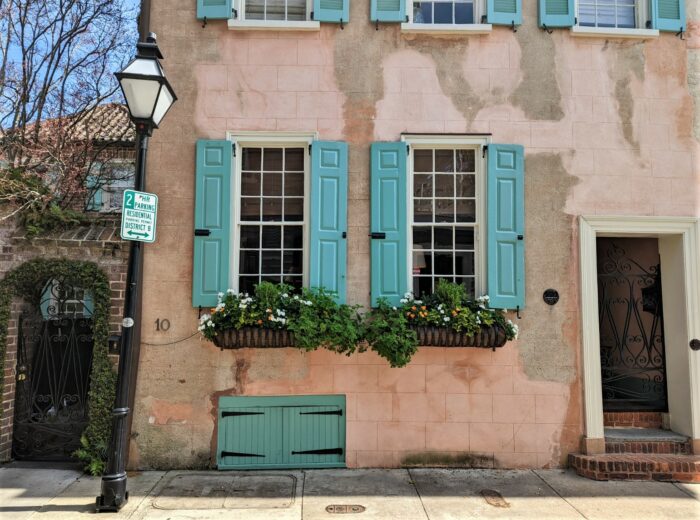 This wonderful Charleston scene can be found on Orange Street… so named as there used to be orange groves in the area. 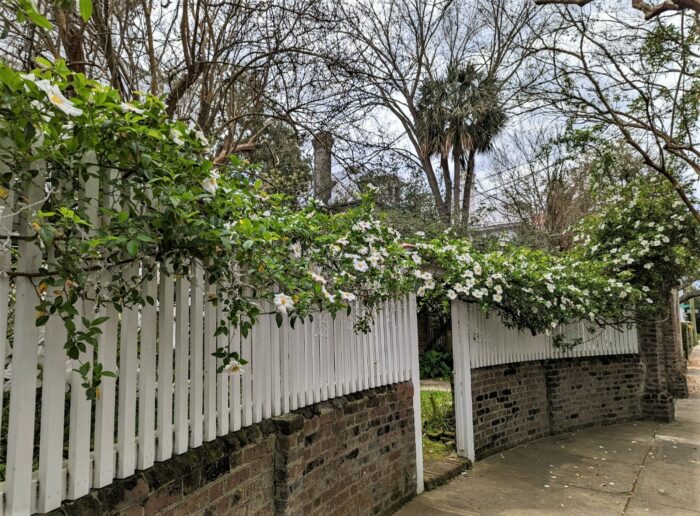 The gates to this flower-covered entry on Tradd Street each have a dragon on it. It is appropriate, as this was the house of the famed science fiction writer Robert Jordan ( his pen name). 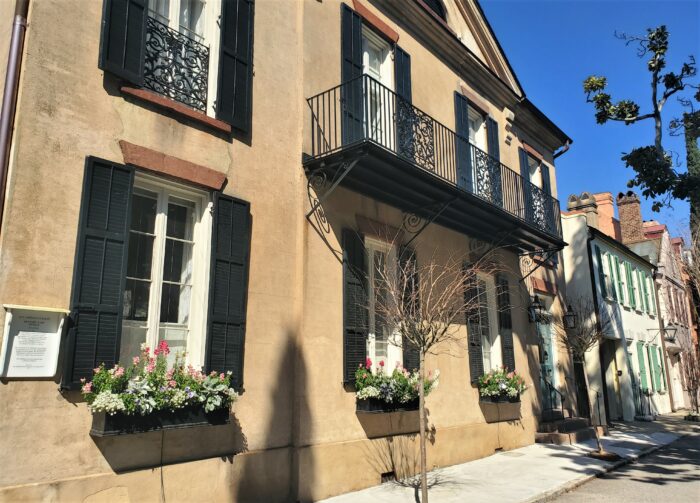 This beautiful row of buildings on St. Michael’s Alley were all built around 1848. They fell into disrepair and around 1918 were bought and restored by Susan Pringle Frost — the founder of the Preservation Society of Charleston. 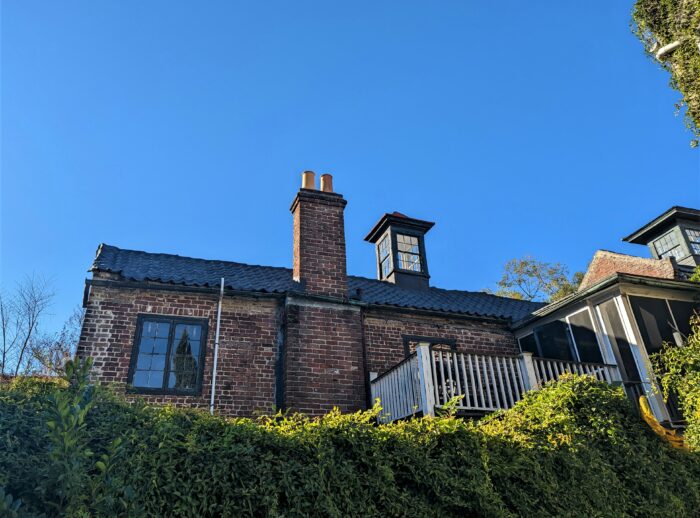 This very cool looking post revolutionary building is part of a small complex called Coates Row, which fronts on East Bay Street. Built to house commercial uses, it still does today. This view is from East Elliott Street. 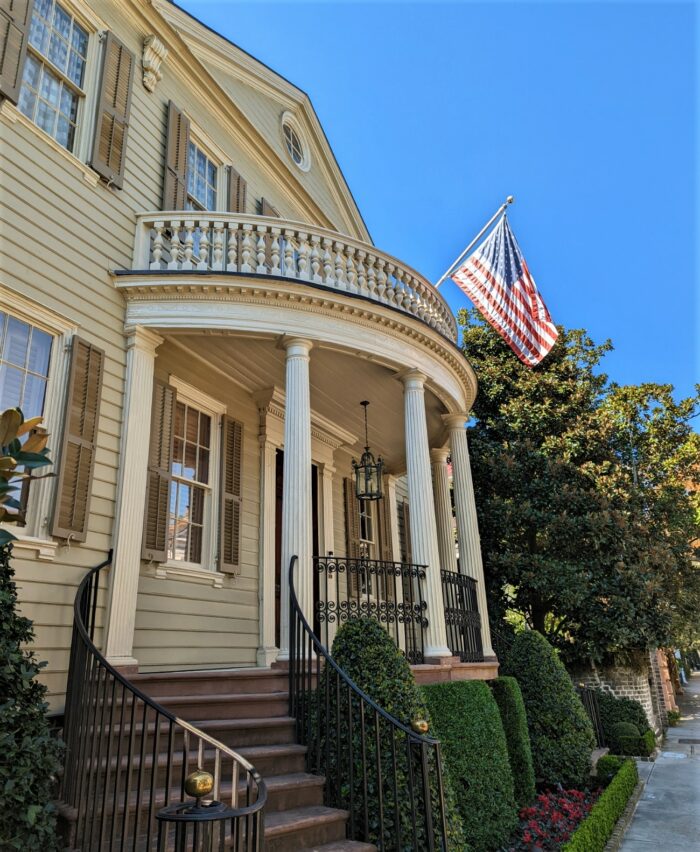 Joe Riley Waterfront Park is a great place to watch the sunrise. The beautiful park opened in 1989, one week after its scheduled opening — due to recovering from damage caused by the powerful and historic Hurricane Hugo. 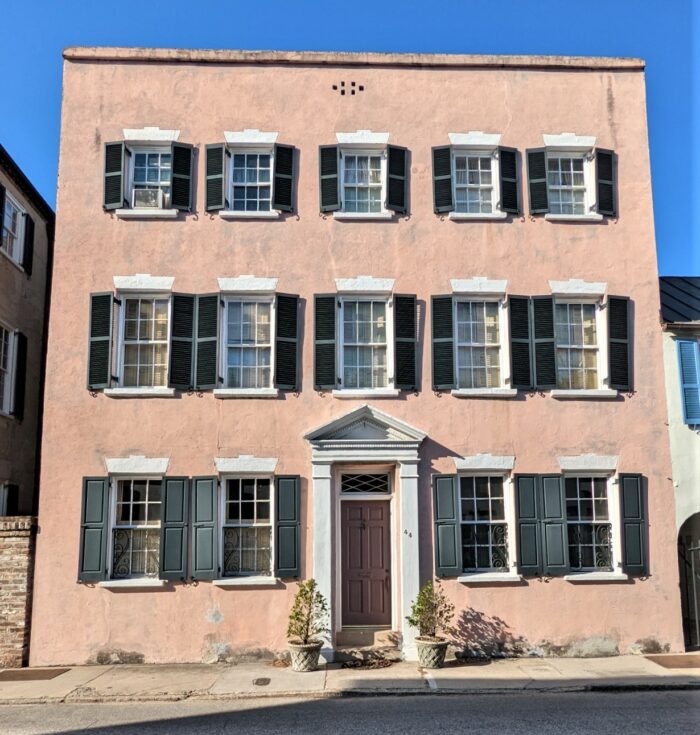 This handsome house on Tradd Street was built in 1760. Included in the 1680 “Grand Modell” of Charleston, Tradd Street is said to be named after Robert Tradd, the first child of European descent born in the province.