The Charleston food scene is stunningly diverse and of incredible high quality. There is almost no reason why your taste buds should ever be disappointed when eating out here. This extends to the humble sandwich.

One of the sources of some of the most inventive and delicious culinary treats on two slices of bread is Butcher and Bee.

They say they “lovingly craft sandwiches using time-honored preparation techniques…[and] source the finest local ingredients the region has to offer… [that are] both adventurous and familiar.” The menu changes every day, which they post on their Facebook page, so you can check it out before you go. Today’s offerings include some interesting choices such as Pulled Squash, Chicken Schwarma and Banh Mi. B&B is located at 654 King Street.

Other notable sandwich sources are The Tattooed Moose ( check out their Duck Club — a triple decker filled with duck confit, applewood smoked bacon and hickory smoked cheddar), just about anything made by the Roti Rolls Food Truck, and the Glass Onion (which offers selections like “Crispy Pig Ear Po Boy with Buttermilk and Thunder Sauce” and “Buttermilk Fried Chicken Liver Po Boy”).

But perhaps my favorite single sandwich in Charleston is the Seafood Club (Lobster, Shrimp, Applewood Smoked Bacon, Smoked Salmon) at the Palmetto Cafe in Charleston Place. Just a bit pricey at $28, it’s a birthday  treat for me!

Of course, there are plenty of sources for a less adventurous and delicious sandwiches as well. You will not go hungry.

While certainly not a unique Lowcountry food item, knowing where to find the best french fries is always a good thing. 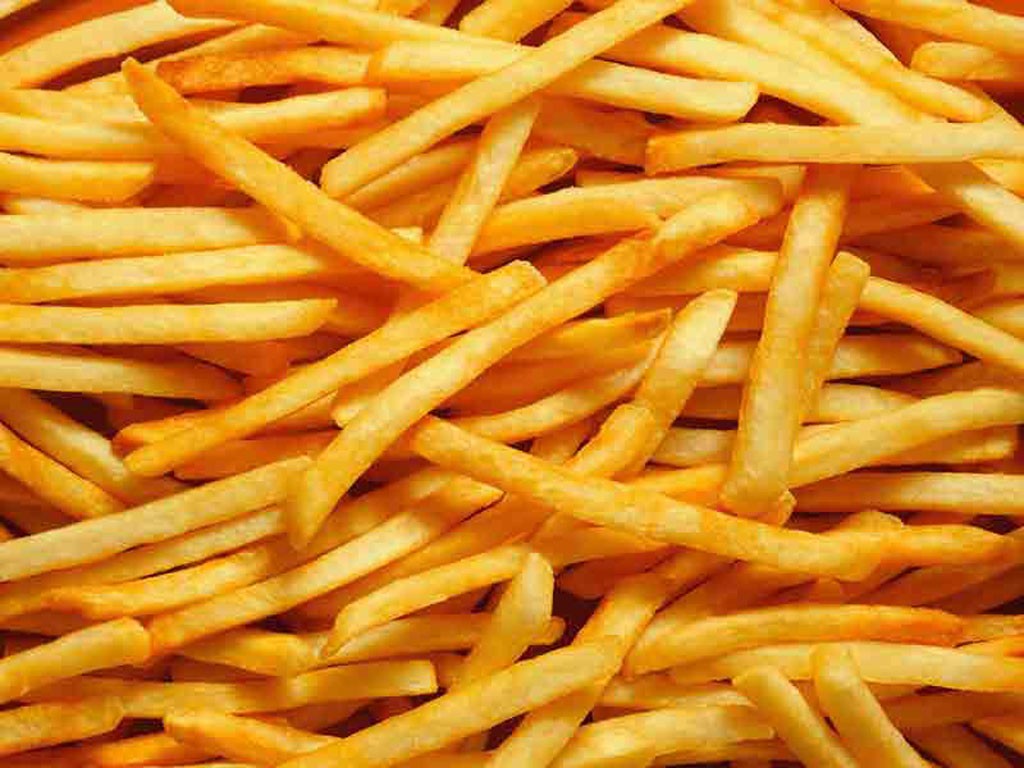 Unfortunately, my two favorite sources of fries (La Fourchette — which double fried them in duck fat, and Carolina’s — which took ultra thin fries to a new level of perfection) are no longer available, but even their memory is enough to get my salivary glands working overtime.

Fortunately, there are quite a few options in Charleston that still serve up a great fry. One of my family’s favorites is 39 Rue de Jean located, not so coincidentally at 39 John Street.  The fries are thinner cut and served in an upright stand, lined with paper. Very French.

Stepping into the duck fat frying shoes of La Fourchette is the Tattooed Moose. This funky eatery up on Morrison Drive (and you will likely need to drive to get there), serves them up hot and plentiful… and really tasty.

On the thicker side (of which I am generally not a huge fan), Sesame Burger and Beer’s fries hit the right note. Sesame has three locations in the Charleston area (North Charleston, West Ashley and Mt. Pleasant), but none downtown. While it’s not worth a special trip just for the fries, the rest of the food is pretty good too.

Other notable fry locations include The Macintosh, the Glass Onion and (while they may be a chain, they do have darn good fries), Five Guys.

What Charleston restaurant do you think has the best fries?

What could be better for Valentine’s Day than a chocolate cake made from a Charleston Cake Lady recipe? 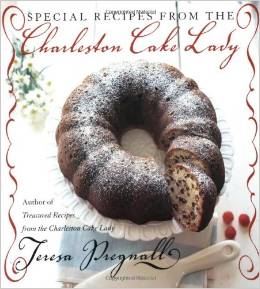 When he was growing up, this cake was made by Mrs. Pregnall for her son Wally… and now his wife Karen makes it for him too. My wife is going to make it for me for Valentine’s Day!

Do not preheat the oven. Spray a 12-cup Bundt pan with vegetable cooking spray.

In a large mixing bowl, combine the cake mix, cocoa, sugar, sour cream, and oil and beat on low speed just to blend. Add the eggs and blend well. Increase the speed to medium-high and beat for 5 minutes.

Pour the batter into the prepared pan and set the oveb temperature to 325 degrees. Bake for 55 minutes, or until a cake tester inserted in the middle of the cake comes out clean. Cool the cake in the pan.

Enjoy… and have a wonderful Valentine’s Day, Charleston Cake Lady-style!

In 1984 Mrs. Theresa Pregnall  started a cake-baking business, becoming known as “The Charleston Cake Lady.”  From her modest intention of selling some cakes to her friends and a few others in Charleston, the Charleston Cake Lady cakes became so popular that they were shipped all over the United States and have been featured in The New York Times, The Washington Post, Country Living and other publications, as well as having eponymous named cookbooks published by William Morrow and HarperCollins. Thanks to the generosity of spirit of her son and daughter-in-law, Glimpses has been given permission to share some of her recipes.

Huguenot Torte was brought to Charleston in the 1700s, with the arrival of the French Huguenots.  Mrs. Pregnall’s version became a favorite in Charleston…. and in our house as well.

Sift together the flour, baking powder, and salt. Set aside.

In a large mixing bowl, beat the eggs on low speed until thick and lemon-colored, about 4 minutes. Gradually add the sugar. Add the dry ingredients and beat until well mixed. Add the vanilla extract. Gently but thoroughly fold in the nuts an apples.

Pour the batter into the prepared pan. Bake for 45, or until the tore is crusty and the top is firm and golden brown. (The crust will fall as the tore cooks.) Allow the torte to cool in the pan. Cut into square.

When out of town guests ask what they should be sure to eat when they’re in Charleston,  Shrimp & Grits is sure to make the list. What could be a better combination of Lowcountry flavors than some right-off-the-dock shrimp from places like Magwood Seafood or Crosby’s Seafood with some fantastic stone ground grits  from Green Grocer Farms? But, since it’s definitely not quite as simple as tossing some shrimp into some grits, sometimes it’s a lot easier to go to one of the wonderful Charleston restaurants to try their version (but my parents and I have to say that my wife’s is the best in town!).

My favorite non-wife version can be found at one of my very favorite restaurants in Charleston, Slightly North of Broad (or SNOBs as it is locally, and intentionally humorously, known). Their version, Maverick Shrimp & Grits, uses their own sausage, country ham, fresh tomatoes, green onions, garlic, and Geechie Boy yellow grits. They serve it for both lunch and dinner. (You can find their recipe here.) But, since Shrimp & Grits has long been considered a breakfast staple in the Lowcountry, you can have a pretty great version for morning eating at the Marina Variety Store Restaurant (Glimpses pick for the best breakfast in Charleston) , the funky Early Bird Diner (which has been featured on the Food Network’s Diner’s, Drive-Ins and Dives) and the ever popular Hominy Grill.

Charleston Eats just did their list of 25 Places for Great Shrimp & Grits in Charleston. What’s yours?